Buying and selling Bitcoin just got easier thanks to Netcoins 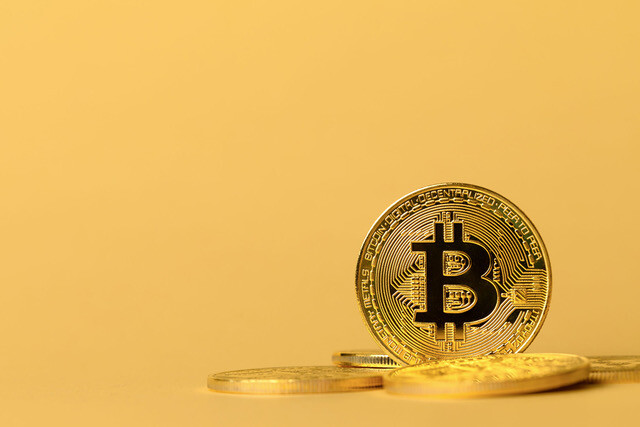 Photo: Netcoins
Netcoins is one of the easiest and safest ways to buy cryptocurrency in Canada.

Cryptocurrency pioneer and president of Netcoins, Mitchell Demeter, was drawn to Bitcoin through his interest in gold.

“It was a gold bug to begin with, but when I looked into Bitcoin, it had the same underlying principles as gold. I’d say it has even more advantages. It’s digital and can be sent all around the world,” Demeter says.

Bitcoin is digital money that doesn’t exist in any physical form (as in bills or coins) and is not owned by banks or governments. While it was the first cryptocurrency invented in 2008, Bitcoin paved the way for thousands of other digital currencies. However, Bitcoin remains the most popular cryptocurrency in part because it holds the biggest market share.

“Bitcoin was born out of the 2008 financial crisis. During that crisis, a lot of people looked at the existing system and started to understand there were a lot of problems with it,” Demeter says.

As a result, Bitcoin was created to offer the ability for two parties to exchange digital money directly with each other without going through a financial institution. This process of bypassing the middleman is what’s often referred to as “decentralized finance.”

A key characteristic of Bitcoin is that it is limited in supply. There is a cap on Bitcoin’s supply at 21 million to help it retain value in the long run. This stands in stark contrast to the dollar, which is unlimited in supply.

This appeals to investors who are concerned about the amount of money printing happening today. As banks continue to print money at unprecedented rates, the excess supply is expected to eventually devalue the worth of a dollar in the long-term.

“If the choice is between holding dollars that are intentionally being devalued or holding an asset with a finite supply, people have that lightbulb moment. They realize they don’t want to hold their wealth in a currency that’s depreciating over time,” Demeter says.

Demeter’s lightbulb moment came when deciding to purchase bitcoin in 2013, he realized there were significant hoops to acquiring bitcoin, which involved wiring money to Slovenia and waiting weeks for confirmation.

“The fact that you could have a scarce digital asset was revolutionary. The fact that it was limited made sense. From there, I started buying it. It was difficult because there weren't many places to get it,” Demeter says.

“Right away I recognized it as an opportunity for business. I created a brokerage where I could help Canadians buy and sell cryptocurrencies.”

Demeter became a pioneer in the cryptocurrency industry, co-founding Cointrader Exchange, one of Canada’s earliest online digital currency exchanges (which was acquired in 2015). He’d go on to gain worldwide attention for launching the world’s first Bitcoin ATM in Vancouver.

Continuing on his mission to make cryptocurrency accessible to all Canadians, Demeter joined Netcoins in 2017, officially becoming president in August 2019. Now Netcoins is one the easiest and safest ways to buy cryptocurrency in Canada.

With as little as $50 dollars, Canadians can sign up to the Netcoins platform and begin buying and selling cryptocurrency. First, users will need to verify their identity as this is a legal requirement given they are a money services business. Once verified, getting started with cryptocurrency investments takes only a few minutes.

A unique characteristic of Bitcoin is that it doesn't have to be purchased whole. Rather, it can be bought in fractions. In fact, bitcoin is divisible up to one hundred millionth of a bitcoin, or eight decimal places down. This allows people to enter the market with small amounts of funds.

However, not everyone might feel ready to invest right away. The lack of regulation in the cryptocurrency world can leave it vulnerable to bad actors. That’s why Netcoins is proactively working with the BC Securities Commission and national regulators to help create a regulatory framework—one that will work for businesses and provide consumers with additional protection.

“We want people to know that with us, cryptocurrency is easy to understand, easy to buy and sell,” Demeter says.

To learn more and to get started buying Bitcoin more easily, visit netcoins.ca.