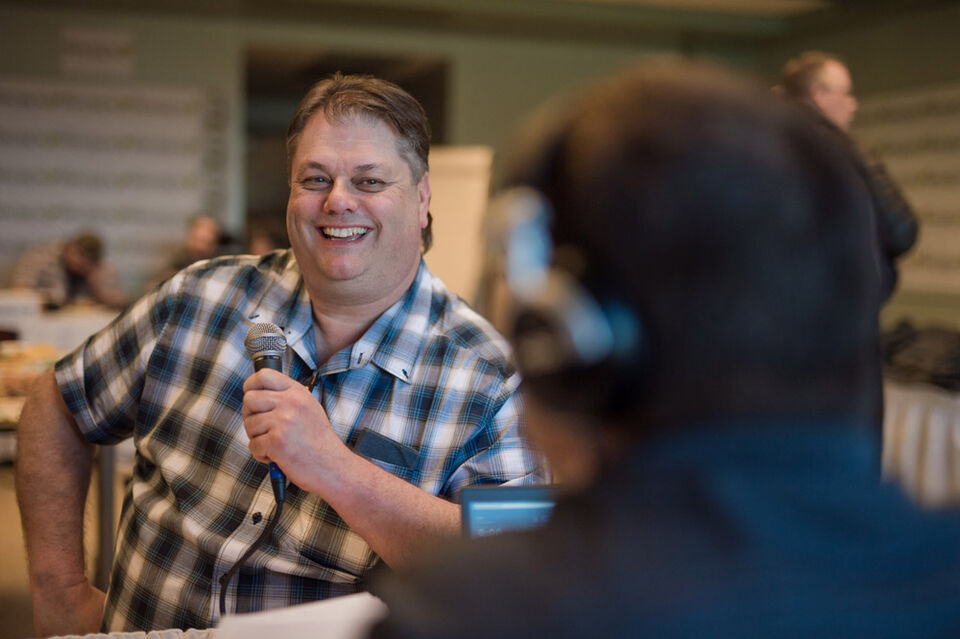 When it comes to expectations, Ralph Warner likes to be clear. If you call his voicemail you’ll find out that you’d better speak slowly or will absolutely not be receiving a call back. If you are his employee, you’ll find out quickly that he takes “work hard; play hard” very seriously. And when it comes to his community, you can expect that Warner Rentals will always do their part.

Already well known for his philanthropic contributions throughout the Kamloops area, Ralph Warner recently announced a $500,000 commitment to Royal Inland Hospital (RIH) Foundation through Warner Rentals for the coming RIH Patient Care Tower. Although he has made many donations to the cause before, this is the local business's largest gift to the hospital to date.

“The RIH donation is the last big one I’m going to make before I retire and I wanted it to be just before Warner Rentals’ Golden anniversary next year,” says Warner, who also volunteers with RIH Foundation. “Warner Rentals isn’t the biggest company in the city, but we try to support anything that benefits health. My children were born (at RIH), my mom fought cancer there...it’s the heartbeat of our city and we have to make it better. We have a massive opportunity with this new tower and we have to do our best for the care of future generations.”

Generational legacy is important to Warner, whose father established Warner Rentals in 1975 in the Westyde area of Kamloops and moved the business to the current location on East Athabaska Street in 1980.

Built on a tradition of high quality rental equipment and superior customer service, Warner Rentals (which now has 32 employees and three locations) has become the largest independent equipment rental company in Kamloops and is viewed by many as a trusted friend: honest, dependable, humble and a lot of fun.

“There’s no place quite like this one,” says employee, Amanda Johnson. “Yesterday we had a spontaneous water balloon fight at work; that doesn’t happen just anywhere! We’re a team, and we take business very seriously, but we take fun seriously too. Ralph is the most understanding, compassionate, gentle and hilarious man you could hope to work for and that sets the tone for the business. When I started here I thought ‘it can’t stay this good’ but it’s never changed, which is true of his generosity in the community too.”

Giving back to the community has always been a cornerstone of the operation. Not only has Warner Rentals’ annual charity golf tournament raised $203,000 over the last seven years for organizations like the Chris Rose Centre for Autism, People in Motion, and JDRF; they have also sponsored sporting events for children with special needs including Toys for Kids, 4H, the Blazers and many other deserving causes.

“I’m proud to be from Kamloops and Warner Rentals loves our city,” says Warner. “We’re grateful for Kamloops and we appreciate being a part of this community and that’s what this $500,000 donation to RIH Foundation is all about. Supporting the hospital allows the health care team to improve the quality of care in our hospital. If we can make things better for the next person who becomes unwell, why wouldn’t we?”

Recently, Nathan Mutcher and Brent Thompson (two long-time employees of Warner Rentals) became managing partners to allow Ralph Warner to transition into retirement, but Warner anticipates that the generosity consistently displayed by Warner Rentals, and specifically toward RIH, will remain the same.

“It’s our hospital and we all use it; I’ve spent my time there and so have my employees. The hospital has always been so good to us. People know that when they are in need they can go there and will be safe and taken care of.”

Warner predicts that there will be more funding coming through Warner Rentals as the new patient care tower expansion comes to fruition and looks forward to seeing how the continued legacy that Warner Rentals has so intentionally built will further benefit Kamloops in the future.

Just before we headed out to tour the new Warner Rentals party bus (used for clients of the business and donated for nonprofit events), parents of an employee came into the office carrying a cake, preparing to celebrate a birthday with the team. When they called themselves the “Presidents of the Ralph Warner Fan Club”, Warner chuckled fondly, “I don’t do any of it for accolades; I do it because it’s the right thing. I look at people committed to making lives better in both this community and in their businesses, and I just want to be part of it.”

There is no doubt that he is a substantial part of that vision. With businesses like Warner Rentals in Kamloops, it’s easy to see that our community is in safe, capable, generous and fun-filled hands.