Drive away a classic convertible Camaro in holiday raffle in Kamloops 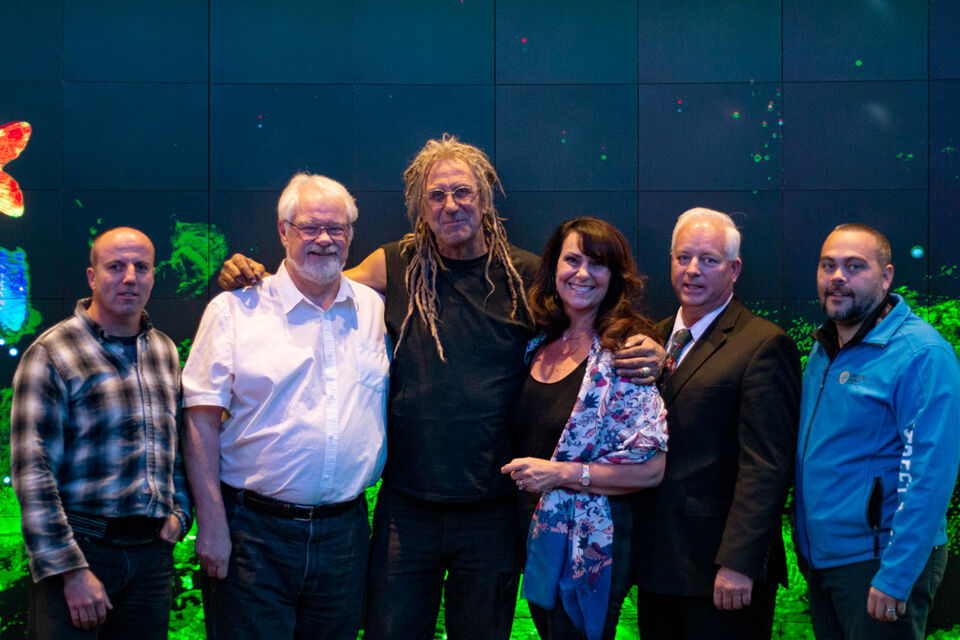 One lucky winner will be revving up their holiday season celebrations in classic muscle car style when they drive off in their 1968 Chevrolet Camaro SS convertible.

That’s the raffle prize to be drawn Dec. 12 at the Jingle Bell Rock Dance in support of Habitat for Humanity Kamloops.

The car, restored by Mike Hall and his crew at Rust Bros. - stars of the History Channel’s Rust Valley Restorers TV show - is finished in an elegant colour called Evening Orchid, a silver-blue and mauve combination.

“Because there’s so much black in the paint it takes on a silver hue in the sunlight,” says Correen Genshorek, Habitat’s executive administrator. “And when the light hits it another way, it goes all mauve and is simply beautiful.”

Under the hood is a Chevy 427, V8 engine mated to a five-speed manual transmission. And the fold-down top is a classic white.

How much fun you can have with some top-down cruising is pretty much priceless.

But at the heart of the event is the help it will provide with Habitat’s efforts constructing affordable housing for families in our community, seniors and veterans.

“Mike is so connected to the community that he wanted to be part of the fundraiser,” Genshorek says. “And with him and the rest of the Rust Bros. involved people are really excited about the car which they tore down and built back up again.”

The Camaro came from Hall’s extensive collection of rare and classic cars he has amassed over the years on his property in Tappen where the TV show is filmed.

Only 10,000 raffle tickets were printed, so odds are decent at picking up the keys.

The draw will be made at Match Eatery & Public House at Cascades Casino where Hall and the rest of the Rust Bros. team will be on hand, with Hall himself drawing the winning ticket for the new owner who will be able to drive home their classic set of wheels.

The first episode of season two of Rust Valley Restorers, set to air Nov. 21, will feature the Camaro’s restoration journey and Rust Bros.’ involvement with the fundraiser.

The dinner dance and raffle draw will also be featured on a later episode of the TV show.

Tickets for the dinner and dance are $50 and can be purchased at Habitat’s ReStore (1425 Cariboo Pl #28). Raffle tickets for the 1968 Camaro are $25 and are available online and from supporting partners at a number of locations.

For a complete list, raffle tickets and more about the car, visit online at kamloopscarraffle.ca.