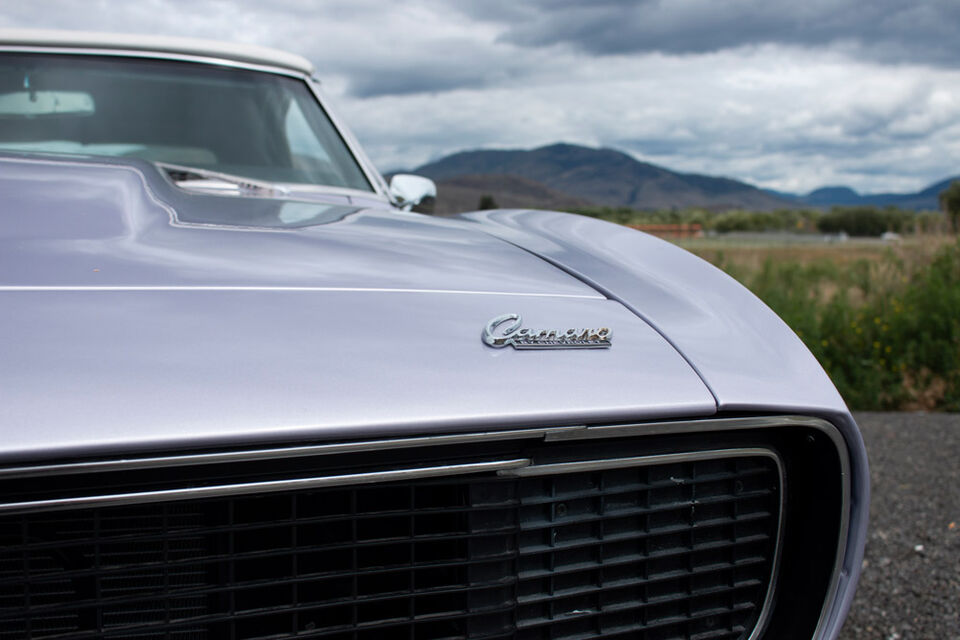 Habitat for Humanity Kamloops’ will be adding a little more “class” to the classic car community with continuing efforts to provide affordable housing for those in need.

Habitat will be raffling off a show-car quality, fully restored, 1968 Chevrolet Camaro SS Convertible at its inaugural Jingle Bell Rock Dinner and Dance Dec. 12, held at Colombo Lodge in Kamloops.

The Midnight Orchid Camaro features a big block, five-speed motor and was worked on by Rustbros in Tappen—the shop featured on the History channel’s hit show Rust Valley Restorers.

“They built the car, we were at a car show this spring in Osoyoos where we bought it from them,” says Rex Landis, procurement coordinator for Habitat for Humanity Kamloops.

“It’s been appraised and considered a two-plus. The only way you get a higher ranking is a one, and that’s for a car that’s never been driven.”

The Camaro came from the private collection of Mike Hall, who runs Rustbros and is one of the central figures in the TV show.

“He’s quite a character,” Landis says, adding when Hall learned more about what Habitat does for our community, he decided to sign up to supply cars for another four raffles after this beauty is won.

“They are really excited about being involved with Habitat,” Landis says. “The Rustbros donated the paint, tires and rims for the first car. Plus, Mike and his crew got Edelbrock performance parts to donate the fuel injection system as well as Mike made a personal donation.”

That kind of celebrity involvement has helped jump-start awareness about Habitat for Humanity Kamloops to a new demographic — car lovers both young and old across B.C.

“It’s been phenomenal as word has spread,” Landis says. “People within the car industry are finding out about Mike’s involvement and are coming out to the various car shows across BC to support us. It’s a very exciting time for all of us at Habitat for Humanity Kamloops and we are just thrilled to be a part of creating the buzz.

“It’s bringing more awareness to everything Habitat does,” Landis adds. “People are asking us what we do and how they can volunteer or donate.”

Funds raised through the car raffle event will be used for future builds in several towns and communities in the Thompson Nicola and North Okanagan area.

“We are working on three new builds to try and get them underway before the New Year. Next year we will be doing many more, including a veterans’ project,” Landis says. “So, fundraisers like this really help out.”

Plans are to have the raffle draw included in an episode of Rust Valley Restorers, as Hall is scheduled to be on hand when the winning ticket is drawn.

Tickets for the dinner and dance will go on sale soon.

Car raffle tickets are available at various locations, including Habitat’s ReStore (28-1425 Cariboo Place), plus other local venues such as Route 97 Diner in Westwold (94901 Kamloops-Vernon Hwy.), the Falkland Pub (5747 BC-97), and various Legion branches.

For more information about Habitat for Humanity Kamloops or to purchase your tickets, visit habitatkamloops.com.