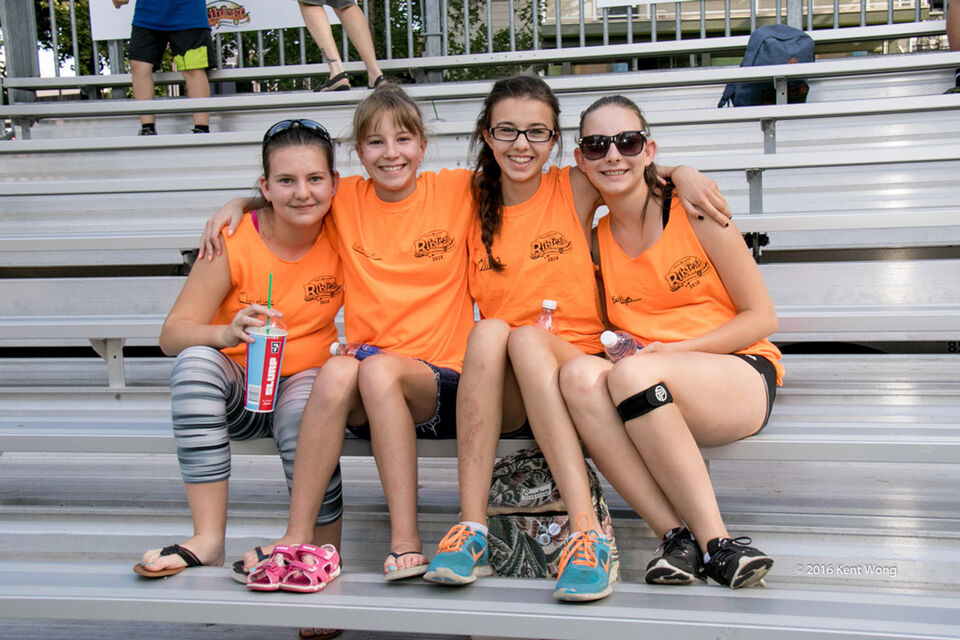 Riverside Park is about ready to rock as the Kamloops Daybreak Rotary Ribfest presented by Finning Canada is just around the corner.

From Aug. 9-11, the eighth annual event brings together a number of celebrations - from car shows and dragon boat racing to great live music and, of course, fantastic food prepared by a group of pro “Ribbers” who are not only competing for your taste buds, but against each other for barbecue supremacy.

“There’s always so much to enjoy, but among the highlights of the weekend are the great live musical performers on stage, and the Save-On-Foods Family Fun Zone where there’s bouncy castles and lots of activities for all ages,” says Rotarian Bryce Herman, who has helped as a Ribfest organizer since it started.

Ribfest is free to attend though donations are taken throughout the park to help our Rotary Club put on the Event and raise money for local charities, Herman adds.

While each day is packed with activities, Sunday is designated as Family Fun Day, which kicks off with a pancake breakfast hosted by the local Lion’s Club from 8 - 11 a.m.

And all day long, the event’s title sponsor, Finning Canada, hosts Cat Finning Machine Mayhem. This Family Fun display allows the public to get up close and personal with all manner of heavy equipment.

All weekend there is live music on the main stage, and each night the festivities are closed by headline acts.

On Saturday, Hysteria takes to the stage at 8 p.m. with their Def Leppard tribute.

And on Sunday, starting at 7:30 p.m., the Johnny McQuaig Band brings their alternative, bagpipe rock to Ribfest.

Then there’s the food.

Six teams of “Ribbers” will be on hand, from as far away as Ontario, cooking up their marvelous barbecue creations - from chicken and brisket, to beans and of course, ribs.

“Ribbers are pros who travel the circuit in Canada and U.S., and bring their unique sauces and smoking techniques to a highly competitive event judged by a local panel on Saturday and a local vote to pick Kamloops Peoples’ Choice Award,” Herman says.

Rounding out the feasting on Sunday, four local microbreweries will be on site offering a unique taste of what Kamloops has to offer.

For complete information about what Ribfest has in store this year, go online to: kamloopsribfest.com.