Proud volunteers provide ‘people-power’ for Ribfest and other community events 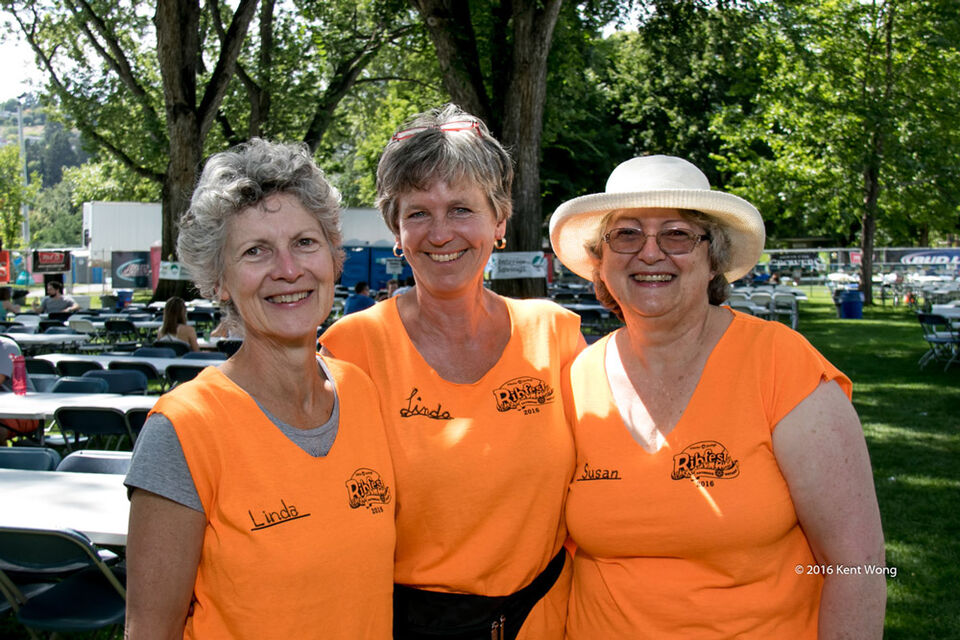 The Kamloops Daybreak Rotary Ribfest requires around 300 volunteers to help

The heart and soul of a community is often expressed through the efforts of its volunteers.

And in Kamloops, there are many who lend their time to an array of community events, such as the Kamloops Daybreak Rotary Ribfest presented by Finning Canada.

“Volunteers are a huge part of the event,” says Bryce Herman, a member of Rotary Club of Kamloops Daybreak which organizes the event, along with support on the weekend from the community’s other four Rotary clubs, and the Roteract and Interact groups.

“True to form, the people of Kamloops are strong supporters of events in their community. And what drives that is the personal pride they have for their city and the desire to see a community event succeed and get better each year,” says Herman, who has been involved since the event’s inception eight years ago.

“It’s not for personal gain, because you don’t get rich being a volunteer. The richness they gather is the opportunity to do some great things for others in their community,” he adds. “That’s the real payment for them.”

“When you see how much people in the park are enjoying the Ribfest weekend and saying they can’t wait until next year, it makes you feel you’ve done something pretty great for the community,” says Lisa Lake, the past president of Daybreak Rotary.

Volunteers are welcome from pretty much all ages and capabilities. They can sign up for a minimum of one, three-hour shift, but many lend much more of their time to the event.

In addition to Ribfest, Kamloops hosts numerous sports tournaments which are also given a boost by small armies of committed volunteers.

“Those are probably the largest draw for volunteers on an ongoing basis, since Kamloops is known as the tournament capital of Canada,” Herman says.

“But regardless of the event, we have a large contingent of people in this community willing to help,” adds Lake. “It’s almost part of their social life, they are just going to show up and help make things a success.”

Plus, local businesses and the City of Kamloops lend a huge hand to ensure all goes well at events dotted across the calendar.

Volunteers for this year’s Kamloops Daybreak Rotary Ribfest presented by Finning Canada event are required from Aug. 8 for set-up, throughout the event Aug. 9-11, and clean-up on Aug. 12.

An added incentive this year for volunteers is a prize of a case of ribs donated by The Grocery People, which will be given away at the volunteer orientation.

For more on how you can lend a hand, visit kamloopsribfest.com/volunteer/.