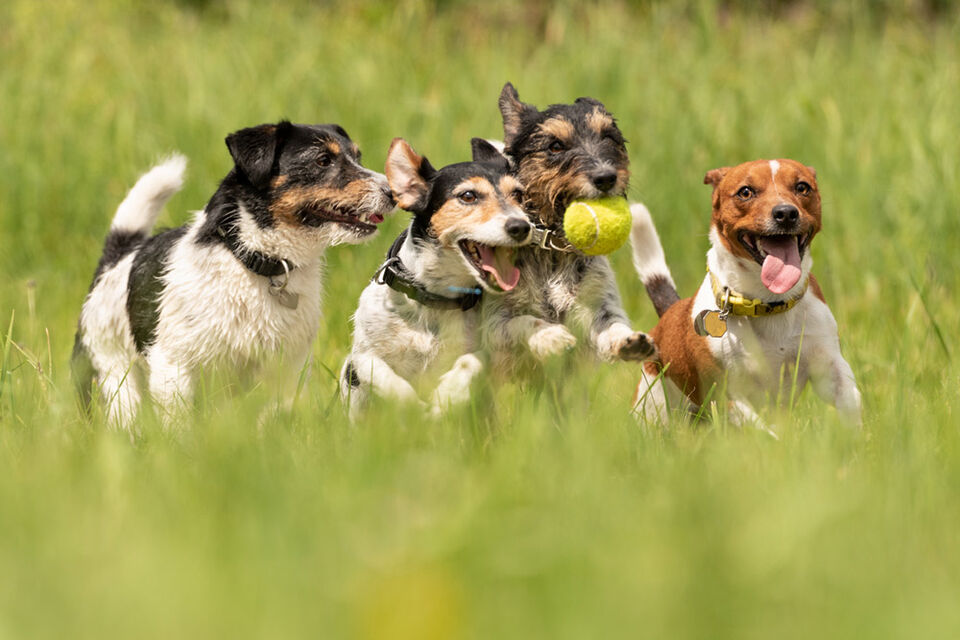 Owner Tammy Osborne developed her five different groups when she started the business 11 years ago to ensure the dogs have the most enjoyable time under her care.

“It makes things so much better when the dogs are in the most appropriate groups for them. They are so much happier,” said Osborne, who can have between 30 to 60 dogs each day at TLC.

The five groups include wrestlers, respectful players, active senior/shy, seniors and small dogs, which are split into subgroups for active and less active small dogs.

In the two, high-energy groups (wrestler and respectful player) the main difference comes when the dogs are not respectful and don’t think twice about rough-housing.

“Some of them can be pretty rude,” Osborne said. “They run and jump on the other dogs. They don’t care if the other dog is not interested.”

Meanwhile, in the respectful player group, dogs there are OK to be sniffed, but not jumped on.

For the active senior and shy group, dogs are usually nine years or older, are still active, but they want to be respected.

“They want to play, but not that hard,” Osborne said. “And sometimes the shy dogs are the puppies who have not been around other dogs much. That’s a good group because older dogs are going to take their time until that puppy feels more secure and wants to play. That’s when we need to move that younger dog and get it into another, more active group.”

That’s where the system works best, as all dogs are closely monitored each day before being released into the group deemed best for them.

“We watch closely how they come in, or if they have been with us we see how they wake up in the morning,” Osborne said. “So, when we get to 9:30 or 10 in the morning and start introducing dogs to one another, we already have a pretty good idea which group a dog is best suited.”

Overall, TLC’s sorting process leaves pets with an experience they can thrive in.