The Kelowna Falcons will open the 2013 West Coast League baseball against a new foe.

The Falcons kick off WCL season June 5 in Victoria against the expansion Harbourcats.

Victoria will make a return visit to Elk Stadium the following week. 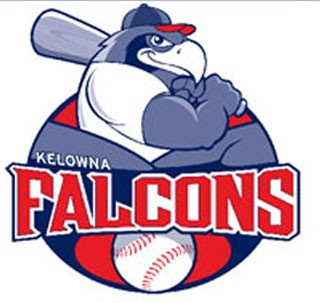 The West Coast League released its 2013 schedule this week with all 11 teams playing an unbalanced 54 game schedule.

Following the three game road trip to Victoria the Falcons will host the Bend Elks (Ore) in their 13th home opener on Saturday June 8, 2013.   The Falcons will continue their tradition of offering free admission during the home opener.

The Falcons will get their first chance to play the defending WCL Champion Applesox on July 16 in Wenatchee, and then host the Sox August 9-11 to close the regular season.

"I’ve always liked starting on the road and the fact we start in Victoria gives our guys a taste of life on the road in the WCL.  Now that the schedule has been released we can begin to plan the rest of the summer.”

The Harbourcats are one of two expansion teams welcomed into the league for the 2013 season.

The Medford Rogues are also joining the WCL.

The two new additions have prompted the league to realign the league into north and south divisions.

The Falcons will play in the North Division along with Victoria, Bellingham, Wenatchee and Walla Walla.

Kelowna will not get a chance to face the new Medford team in 2013.

Game times at Elks are scheduled for 6:35pm with the exception of Sunday games.  Select game times may be changed once the promotional schedule is finalized.

Victoria will also host the WCL All-Star Game on July 23, 2013.  The game will be hosted by the Harbourcats at Royal Athletic Park.

Season tickets for the 2013 season are now available and make a great stocking stuffer.  Contact the Falcons headquarters – 250-763-4100.