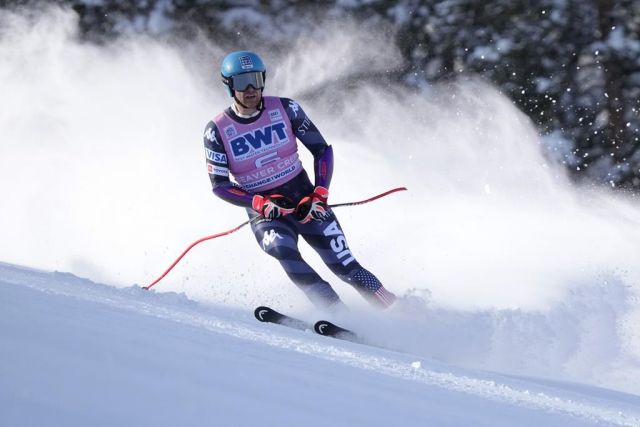 BEAVER CREEK, Colo. (AP) — Aleksander Aamodt Kilde again shook off whatever after-effects he might have been feeling from a bout with the flu and again beat reigning overall World Cup champion Marco Odermatt, claiming victory in a super-G on Sunday.

Following up on a win in a downhill on the same mountain Saturday, Kilde finished the Birds of Prey super-G course in 1 minute, 10.73 seconds by showcasing smooth, clean skiing, never off-balance, never out of control. He blew a kiss to the crowd after his run.

Kilde, a 30-year-old from Norway who is dating American ski racer Mikaela Shiffrin, finished 0.20 seconds ahead of Odermatt, who is Swiss.

Alexis Pinturault of France was another 10th of a second back in third place Sunday.

If the early results are any indication, this World Cup season is going to be all about Kilde vs. Odermatt.

Kilde, the 2020 overall champion, and Odermatt also were 1-2 on Saturday.

Kilde said he caught the flu in Lake Louise. Maybe it helped that he got a day away from racing on Friday, when snow and strong wind led organizers to scrap what was supposed to a downhill in Beaver Creek.

Ryan Cochran-Siegle, who won a silver medal in the super-G for the United States at the Beijing Games in February, didn’t finish Sunday’s race. River Radamus was the top U.S. finisher in 16th place.