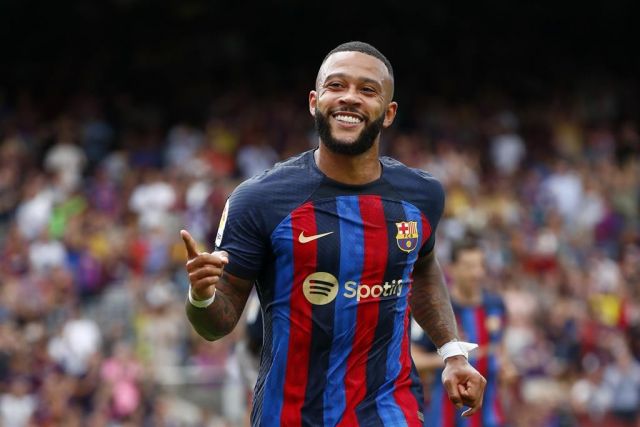 A look at what’s happening in European soccer on Thursday:

Denmark can win the group and qualify for the Final Four next year by winning away to Croatia. But the Croats can move into pole position with a victory in Zagreb and will be confident after winning at defending champion France in the previous game. The Danes hold a two-point lead over the Croats, who will be safe from relegation if they avoid defeat or if France does not win at home to Austria. A win for Austria at Stade de France will relegate France to the second tier and ensure Austria stays up. Austria has an outside shot at qualifying with a victory and a Danish defeat. France coach Didier Deschamps has nine regular players injured, including goalkeeper and captain Hugo Lloris. That gives AC Milan's Mike Maignan a chance to stake his claim for a starting place at the World Cup. Meanwhile, his club teammate Olivier Giroud needs three goals to equal Thierry Henry's national scoring record of 51.

The Netherlands and Belgium can set up a head-to-head on Sunday for the right to finish in first place and qualify for the Final Four next year if they both win their next-to-last group games against Poland and Wales, respectively. The Dutch are unbeaten and lead on 10 points — more than any other team in the top-tier groups — and are likely to start Memphis Depay even though the winger is spending a lot of time on the bench at Barcelona. Belgium is three points back in second place and must at least match Netherlands' result to have a chance of topping the group. Only the first-place team goes through to the finals. Wales will be playing for the first time since Robert Page was hired as its full-time coach.