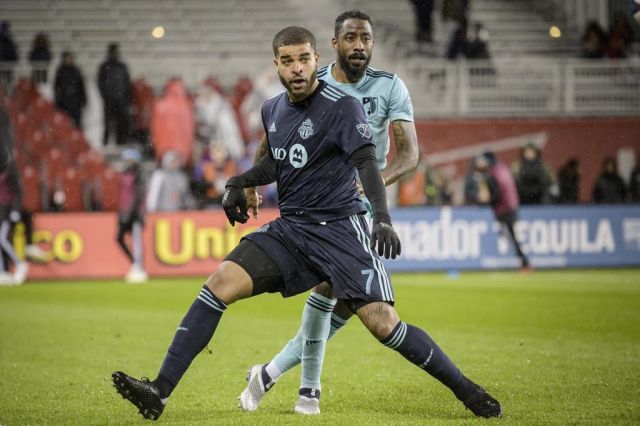 The 26-year-old from Scarborough, Ont., has 11 goals and three assists in 59 career regular-season MLS games with Toronto and the Columbus Crew.

Most recently he was with Ireland's Sligo Rovers FC, recording two goals and two assists in 13 appearances.

"One thing we've shown with most of our players, we use them in a lot of different ways and a lot of different setups," said Forge coach Bobby Smyrniotis. "I think he just provides us another player that can go out there and, I think, can provide goals.

"Yes, of course, we've scored a lot of them but you can never have enough goals. We always say the best way to defend is to attack and he gives us another player on the roster that gives us the opportunity to do that."

Smyrniotis said Hamilton arrived in good shape and has already had three or four training sessions with the club.

"We'll ease him into it. We're in a good place right now," said Smyrniotis.

Forge tops the eight-team CPL standings at 10-4-2, ahead of Pacific FC on goal difference and leads the league with 37 goals. It hosts sixth-place HFX Wanderers FC (5-9-3) on Saturday.

"it's been an easy transition for him" said Smyrniotis.

Hamilton spent 2011 to 2019 in the Toronto FC system, moving up the ranks to make 66 appearances for the first team in all competitions with 15 goals and five assists. He spent the 2019 and 2020 seasons with the Columbus Crew.

In 2021, he scored five goals in 18 appearances for Indy Eleven of the USL Championship.

Hamilton has won two caps for Canada and, as a youth international, played at the 2013 FIFA U17 World Cup.

This report by The Canadian Press was first published Aug. 5., 2022