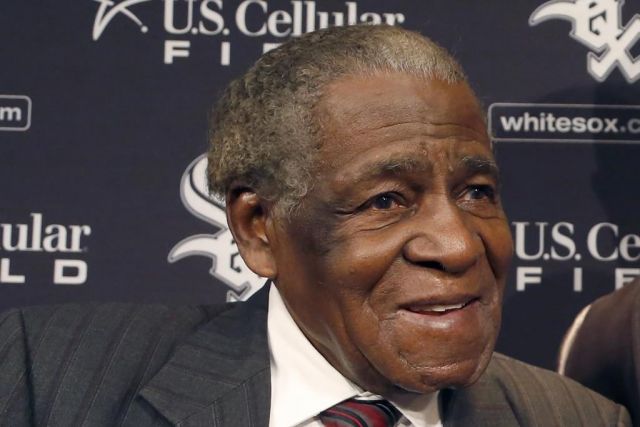 COOPERSTOWN, N.Y. (AP) — Six months after he got one of the most amazing phone calls in sports, David Ortiz is still awestruck at his good fortune.

The former Boston Red Sox slugger known affectionately as Big Papi will be inducted into the Hall of Fame on Sunday.

Maybe then baseball’s highest honor will finally sink in.

“I still can't believe it. This is like a dream come true,” the 46-year-old Ortiz said. “I grew up tough, man. I grew up tough. My childhood wasn't that easy, but I had great parents to guide me and keep me away from trouble."

Ortiz hit 541 home runs in 20 big league seasons and helped the Red Sox win three World Series. He is just the 58th player selected by the Baseball Writers' Association of America in his first year of eligibility, and he served as a designated hitter more than any previous inductee.

Six Era Committee selections are also part of the Class of 2022. Minnesota Twins teammates pitcher Jim Kaat and free-swinging slugger Tony Oliva, and late Dodger great Gil Hodges, who managed the New York Mets to their first World Series title in 1969, are among them.

Also getting their due: Minnie Miñoso, a star with the Chicago White Sox in the 1950s; Buck O’Neil, who played for the Kansas City Monarchs in the Negro Leagues and was a tireless advocate for the game; and Bud Fowler, a pioneering Black player who grew up in Cooperstown in the 1860s and played in more than a dozen leagues.

It's a class with three Latino players and two Black players who helped pave the way for today’s stars, and three players with ties to the Twins.

Minnesota holds a special place in Ortiz's heart because of the friendship he developed with Hall of Famer Kirby Puckett — No. 34 just like Big Papi — before Ortiz was dealt to the Red Sox after six seasons.

“That was my guy,” said Ortiz, who survived a nightclub shooting three years ago in his native Dominican Republic.

Kaat's journey to Cooperstown is rather remarkable. He was 1-4 in 1958 playing for Missoula of the Pioneer League, and he figured he was one start from being sent home. Player-manager Jack McKeon gave Kaat a place in the rotation every fourth day, and he finished the season 16-9.

Using finesse instead of power, the 6-foot-4 left-hander pitched for 25 years before retiring in 1983 with 283 wins and 17 saves in stints with six teams. The last was St. Louis, and when the Cardinals won the 1982 World Series, Kaat became the only professional athlete in any of the major sports to play 24 seasons before getting a championship ring.

“It's hard to let it sink in, but it's pretty humbling (to be elected to the Hall of Fame)," said Kaat, who didn't play organized baseball until he was 15. ”I'm always thankful that I had a durable body and that I could last a while. I wanted to play this game as long as I could."

Oliva, a native of Cuba, was on the powerhouse Twins teams in the 1960s with Kaat. The lefty-swinging Oliva spent his entire 15-year career with the Twins. He was the American League Rookie of the Year in 1964. He led the league in hits five times and became the first player in major league history to win batting titles in each of his first two seasons, finishing with a lifetime average of .304.

“It will be special to be able to go with Jim Kaat into the Hall of Fame after over 60 years we know each other," said Oliva, also 83. "I never think I go into the Hall of Fame. As a kid, I was thinking maybe I could play baseball in Cuba if somebody give me the opportunity. I just wanted to play the game.”

Oliva got his chance in part because of Miñoso, the Cuban Comet.

He grew up on a sugar plantation and played ball on weekends. He was a star with the New York Cubans in the Negro Leagues from 1946-48 before debuting with Cleveland in 1949, becoming the first Black Latino player in the major leagues, two years after Jackie Robinson broke in.

Miñoso was a nine-time All-Star, led the league in triples and stolen bases three times each, and finished his career with 2,110 hits and a .299 batting average. He died in 2015.

“Miñoso is like the Jackie Robinson of Latino America,” Oliva said. “He was a great ballplayer. He should have been in the Hall of Fame a long time ago. The numbers were there.”

Hodges, a hard-hitting first baseman, had 370 homers and 1,274 RBIs to go with a career .273 batting average in 18 seasons — all but the last two with the Dodgers. He retired in 1963 after two partial seasons with the Mets and five years later was hired to manage the Mets, leading them in 1969 to their improbable World Series victory over the Baltimore Orioles.

The honor for O’Neil comes nearly 16 years after his death, though the Hall of Fame dedicated a statue to him in 2008 and established the Buck O’Neil Lifetime Achievement Award. O'Neil was the first chairman of the Negro Leagues Baseball Museum in Kansas City, Missouri.

Less than three months before his death in 2006 at the age of 94, he traveled to Cooperstown to speak at the induction of 17 Negro Leagues stars.

“I’ve done a lot of things I really liked doing,” O’Neil said in his speech. “But I’d rather be right here, right now, representing the people who helped build a bridge across the chasm of prejudice.”