Braves have moment of silence in memory of announcer Motter 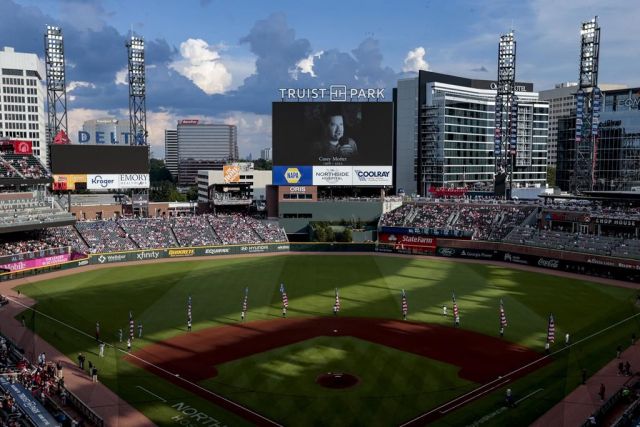 ATLANTA (AP) — The Atlanta Braves paid tribute to their longtime public address announcer, Casey Motter, on Monday night in a ceremony before the team’s first home game since his death last week.

Following a video tribute to Motter, a moment of silence was observed in his memory before the game against the St. Louis Cardinals.

Motter, 53, died last Wednesday. He had been the Braves’ public address announcer since 2007 and worked through the team’s previous homestand, which ended on June 26.

Motter became known as the Voice of Truist Park, which opened as the team’s suburban home in 2017 following a move from Turner Field in downtown Atlanta. He was known for his introductory “Hello baseball fans,” delivered in his booming voice, before each game.

Beginning on Tuesday night, the Braves will use some of Motter’s recorded greetings to fans and other announcements at home games the remainder of the season.

Motter grew up in Cobb County, the home of Truist Park. A funeral will be held on Wednesday in his hometown of Smyrna, Georgia.

The cause of Motter’s death has not been made public.