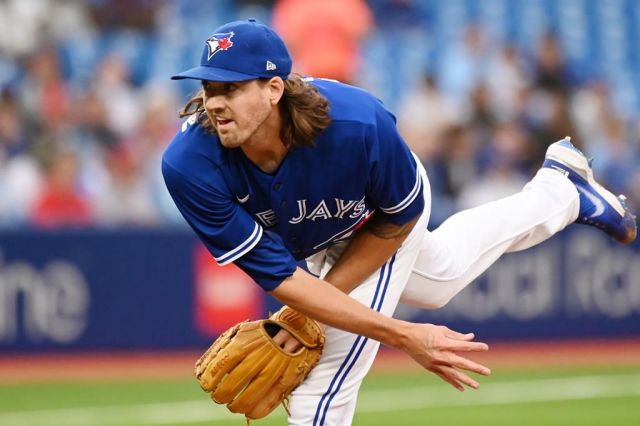 TORONTO — Blue Jays starter Kevin Gausman suffered a right-ankle contusion after being hit by a comebacker in the first game of Toronto's doubleheader against the Tampa Bay Rays.

The team said X-rays of Gausman's ankle came back negative.

Tampa shortstop Wander Franco hit a comebacker to Gausman in the second inning, with the ball bouncing off the turf and into the pitcher's right ankle.

Gausman tried to field the ball, but instead fell to his stomach on the Rogers Centre turf.

Toronto catcher Gabriel Moreno completed the play and threw Diaz out at first, with Gausman still lying prone nearby.

Trainers attended to Gausman and helped him off the field as the inning ended.

Right-hander Casey Lawrence, who had been called up from triple-A Buffalo as Toronto's 27th player for the doubleheader, took over pitching duties in the third inning.