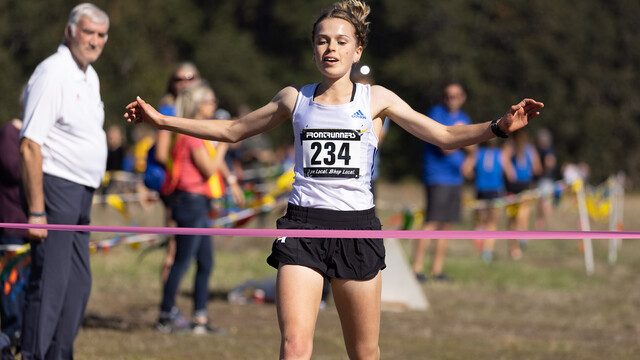 For the first time in team history, the UBC Okanagan Heat women’s cross country team is among the Top 10 programs in the country, according to U SPORTS.

The Heat, who officially joined U SPORTS competition in the Fall of 2018, sit ninth in Canada in the first rankings of the season after the team finished second at the Vikes Invitational back on September 25.

UBCO was led at the event by exchange student Lauren McNeil of Buxton, England and Olympian Joanna Brown of Carp, Ont., as they won gold and silver at the meet. Camille Galloway of Whitehorse, Y.T., and Kristen Smith of Georgetown, Ont., also cracked the Top 20 in Victoria as the team finished 13 points behind the UBC Thunderbirds, who sit fourth in inaugural Top 10.

The women’s cross country team also becomes the second Heat team to find their way into the U SPORTS Top 10 rankings following in the footsteps of the women’s volleyball program who have been a consistent member of the Top 10 since joining U SPORTS back in 2011.

UBCO’s cross country team returns to action this weekend for their second meet of the season when they head to Langley, B.C., for the Trinity Western Invitational on Saturday, October 9.