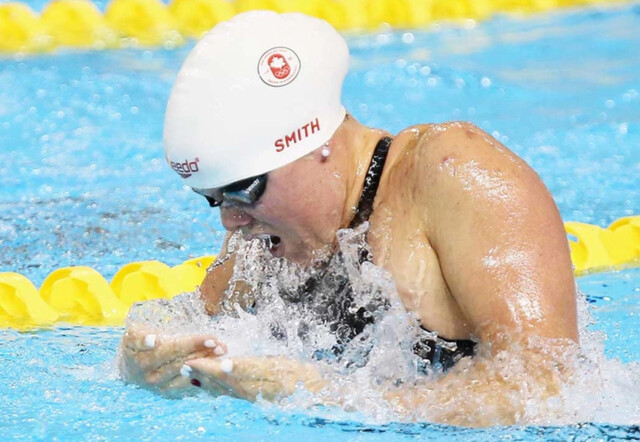 Kelowna's Kierra Smith hopes she can make one more turn around the Olympic pool in Tokyo.

Smith won't compete in the 200 metre breaststroke despite finishing second at the recent Canadian Olympic Trials.

But, in an email to Castanet News, says she continues to train in hopes of being selected for the breaststroke leg of the 4x100 metre medley relay on the final day of competition Sunday.

"I am back in the water and working on stroke rate and my distance per stroke leading into that relay now. I’m doing a lot of drills and getting some meters in to stay in shape through the eight-day meet," she said.

Smith and the rest of the Olympic team was at the pool Monday morning to cheer on teammate Maggie Mac Neil to her gold medal swim.

She says watching Mac Neil, 21, and 14-year-old Summer McIntosh attain success at their first Olympics has been an inspiration.

"It’s so inspiring watching Canadian women doing great things. Both Maggie and Summer work hard, they earned it. They’re both great leaders on the team too in their own ways.

She says she's honoured to be part of the team and expects even more success as the week goes on.