The UBC Okanagan Heat cross country runner, just a few months after graduating from Kelowna Secondary School, competed for Team Canada and UBC Okanagan as a Snowboard Cross rider in Almaty, Kazakhstan, and as a newcomer to international competition at that level, he was a little green at the competition.

Just named to the Canadian contingent that will be off to the 2019 FISU Winter Universiade in 30 days in Krasnoyarsk, Russia, where the athletes will be set to compete from March 2-12th. With two more years of schooling, training and competing with the Heat Cross Country team, Austin White, is ready to be in the medal round this March in Siberia.

In the accompanying video, White explains how he is ready and how he will make the most of his second chance.

"I know I can compete with these guys and [being there before has] increased my drive to get that medal more than ever now," he finishes up saying, "It's a huge honour to represent Canada and UBCO at these games, not everyone has that chance."

Austin has completed three years with the Heat men's cross country team, and the Human Kinetics student competed at a national championship as a Heat runner in 2016. Follow the team and exploits on the official twitter: @USPORTSIntl 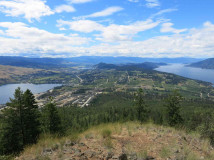 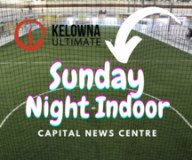