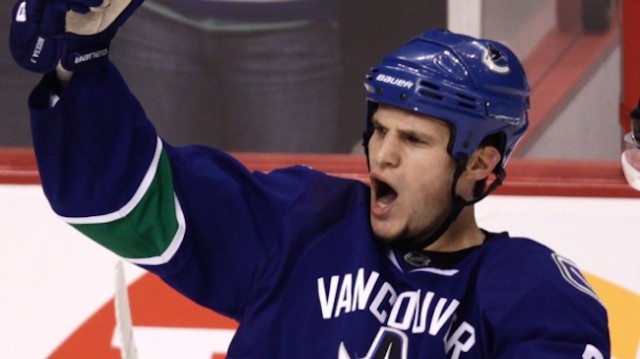 The Vancouver Canucks finally found a taker for Kevin Bieksa.

Vancouver traded the veteran defenceman to the Anaheim Ducks for a 2016 second-round pick.

The Canucks had been looking to deal Bieksa at the draft and came close to sending him to the San Jose Sharks.

Bieksa has one year left on his contract at a salary-cap hit of US$4.6 million.

The 34-year-old Grimsby, Ont., native is a hard-nosed, defensive-minded defenceman with 241 points in 597 NHL games.

The Canucks released a statement thanking Bieksa and wife Katie for their "incredible commitment to this team and community."

"It's always a difficult decision to trade a player who's been such a big part of an organization for so long and we wanted to make sure we did what was best for both Kevin and the Canucks," general manager Jim Benning said in a statement. "Kevin was a leader for us and will always be connected with our fans and the Vancouver Canucks because of all he did for this province and team."