Our Spirited Endeavours guest writer today is Jill Jarrett of BNA Brewing Co. & Eatery. Jill is on the frontline of the craft beer revolution that is making its way into Okanagan culture. When she’s not immersed in all things malt & hops, she loves to walk her pup, Sitka, and enjoy a good hot yoga class - followed by a nice cold beer. 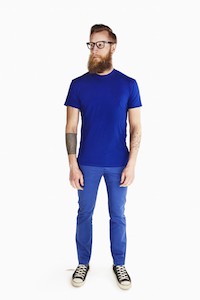 Craft beer isn’t just for the bearded, skinny jean-wearing millennials anymore. And I’ll let you in on a little secret – it never was.

Maybe you’re a seasoned craft beer aficionado who owns a vast collection of growlers (more on those later) or maybe you’re a life-long drinker of a macro-brewery-who-shall-not-be-named who is a little curious.

Either way, with over 100 craft breweries now open and operating in our beloved province, and no signs of the industry slowing down anytime soon, you’d better get used to craft beer being around.

Craft brewing is a finicky term which encompasses things like micro- or even nano-breweries, brewpubs, and other small-scale, artisan operations. But I’m not here to give you a lesson in defining craft. What am I here for? I guess to share with you my experience with craft beer in our sunny little valley.

New kid on the block? Not so much

With almost one year under our belts, and a few new local breweries set to open soon, BNA Brewing Co. & Eatery will no longer be the new kid on the block. BNA is the product of a lot of dreams, an equal amount of hard work, and probably more luck than we’d like to admit. Our diverse team is incredibly passionate about many things, not least of which is quality crafted brews.

With twelve rotating taps, we feature four of our own brews alongside eight other craft products from around the province. And that’s just the draught list.

One of the best ways to find your new favourite beer is to order a tasting flight. The flights at BNA consist of three 5oz glasses, and you can choose from any of the twelve taps, or you could take a walk on the wild side and let us choose for you. If you do, chances are Earl will be in the lineup.

“My name is Earl. I’ll be your beer tonight.”

Earl is our pale ale, and has taken off as our most popular and well-loved beer. It’s a West Coast style pale ale that uses locally grown, organic hops (mostly centennial).

For this brew, we worked with Chai Baba, another Ellis Street small business, to find a tea that worked well with our beer. An Earl Grey blend was the winner, and the rest, as they say, is history.

Earl’s story is just beginning, because with an expansion in the works, BNA will soon be bottling some of our beer, and Earl is likely be the first to venture outside the brewery.

Another beer that has developed quite the fan club is our Don’t Lose Your Dinosaur IPA. This IPA is little different from the typical Pacific Northwest style, and instead of pine & citrus notes, it features a more tropical, stone fruit aroma and taste. The hops are certainly prominent, but more balanced, so you don’t get that astringent bitterness that some find offensive to the palate. The name of the beer refers to following your passion, and not giving up on your dreams and goals.

Plus it’s fun to order.

We are constantly coming up with bizarre ideas for beer that our talented brewmaster then manages to execute.

There’s a story behind that brew

We have a saying at BNA:

There is a story behind every brew, and even if it’s not your favourite, at least we’ve got you talking about what you didn’t like about it, and talking about craft beer.

So far, we’ve done about 15 different recipes, with many more in the works.

There’s a new summer stout done in collaboration with local streetwear company, Basement Heads, who will be releasing a limited run of T-shirts to commemorate the beer.

We’ve brewed using ingredients from across Canada, with fruit from the Okanagan, walnuts from our own backyard, and even with snow & spruce tips from Big White.

And even though we like to experiment and have fun with our beer, it’s still very much that – beer. We’re not purists, but we’re not out to change what ain’t broke either – we just like to push the boundaries a bit.

At the moment, we sell our beer only on tap in our Tasting Room and Eatery, and via growler fills.

When you want a beer, just growl(er)

“What the heck is a growler?” you may ask (told you I’d get back to this).

A growler, which typically comes in a 64oz size, but is also available in 32oz and 16oz sizes, is a refillable bottle. That’s pretty much it. You purchase the growler, then you can fill it and drink within the comfort of your own home, although with this beautiful April weather we’ve been having, maybe the patio or backyard makes more sense.

Once you’ve finished, give the bottle a good rinse with hot water and let it dry. Storing the bottle with the cap off will ensure moisture doesn’t get trapped and encourage mould growth - nobody wants that.

When you’re ready for more, bring your bottle back to your favourite brewery for a refill. Beer in a growler is best enjoyed within 72 hours of filling, and once opened will begin to lose carbonation. Finishing the beer in this time frame doesn’t tend to be an issue. People like people who share.

We know that we’re hop lovers in a grape-saturated world, but consider bringing a growler to your next dinner party instead of a bottle of wine. Bonus – leave the bottle as a gift for the host, and they can refill it at their leisure.

Oh come on. You know you want to

Come give our house-made brews a try. Whoever you are, grab a friend or come alone, and let us welcome you into our home away from home. Cheers!

Welcome to Spirited Endeavours, your go-to column for delightfully tipsy romps through the world of wine, craft beer, and spirits - with a primary focus on our own delectable offerings here in the Okanagan.

Each issue is written by a guest writer with something exciting to share, each topic truly a spirited endeavour.

Do you have an idea for Spirited Endeavours? Drop a line to [email protected]