When you find yourself reintroduced to Resurrection

Taking another look at faith 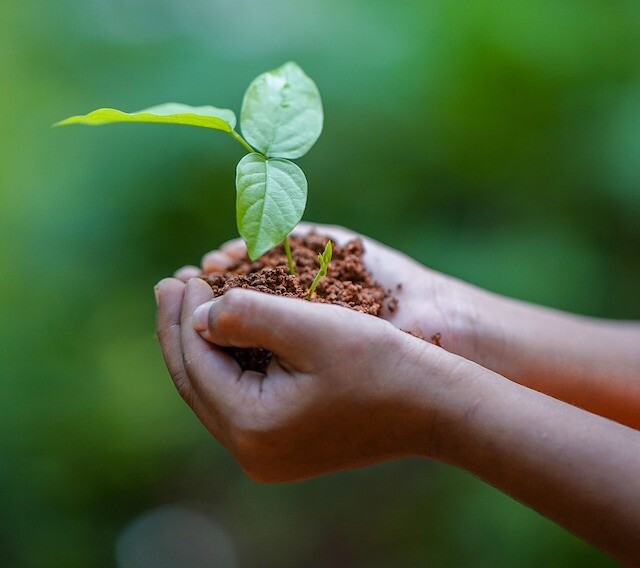 I bite my lip a little at the unintentional irreverence and honest curiosity of my youngest child, who has his puzzled head cocked slightly to the side.

It’s been a long while since we’ve been to church. Still, when my youngest asks me how Easter came to be a holiday, or what bunnies and eggs have to do with it Good Friday, I attempt to give him a (mostly) complete (and age appropriate) explanation of both the Christian story of the death and resurrection of Jesus and the amalgamation of various pagan and ethnic traditions, such as Ishtar and Eoster, that celebrate such spring themes as light, new life and fertility.

(Interestingly, the incorporation of chocolate is never questioned. Even my youngest knows better than to look that particular gift bunny horse in the mouth.)

The zombie comment makes me think I may have missed the mark on my explanation, but the resurrection is hardly a standard or commonplace concept. I’m often intrigued by the strange and inconsistent marriage of western civilizations’ post-Christian culture. We are surrounded by words of great religious significance that have entered our collective lexicon, but often with specific, incomplete or completely absent context. Perhaps because of this, these words are becoming less and less common.

The writer and theologian Jonathan Merritt has noted that as secularization has increased, the use of “sacred words” have dropped off precipitously. Language, Merritt argues, is always being reinterpreted and recontextualized. The only languages that stay static and unchanging are dead ones.

Understandably, those within a religious tradition are also the most concerned with safeguarding sacred language, and therefore the least willing to reinterpret and recontextualize these words and ideas. Meanwhile, outside of that tradition, these terms grow more and more irrelevant.

These days if you asked someone what a specifically religious term like ‘resurrection’ meant to them, you would likely find a striking contrast: either it holds a very specific religious meaning of great importance, or they would view it as my son did, as irrelevant, confusing, and inconceivable.

To my point, I am writing these words during the midst of Holy Week, where Christians the world over mark the betrayal, state-sanctioned torture and execution of Jesus, and his unexpected and miraculous reappearance to his friends and disciples (who do not recognize him!) three days later. I am guessing that this event means either something very specific and significant to you, or nothing at all.

I am concerned by this, because I find myself in a third category.

During many years of Holy Weeks, I’ve grown up with this story, considered it, watched theatrical versions of it, sang songs about it, felt swells of emotion towards it and attended countless services about it. Specific meaning and interpretation was presented along with these stories. It was not simply remembering the betrayal of Jesus, but all of mankinds’ betrayal of God. Not just the death of Jesus, but that death as a sacrifice and payment for the wickedness of all. Not just the resurrection of Jesus but the promise of resurrection and unending life for everyone who believes this particular story, for everyone who holds to this particular faith.

And then, I lost my old faith.

It was less as a defiant act of unbelief, and more an unintended consequence of abruptly seeing the world differently. After a series of personal tragedies in my immediate family, my notions of God and goodness were unexpectedly upended. All those cherished stories and their given meanings seemed suddenly incompatible with reality. Church as I knew it certainly seemed incompatible with my new grief and seething anger. The cognitive dissonance became too great to bear. I would have to deny my reality, or my old faith. Both could not survive.

I was never an ardent atheist. I never admitted the death of my faith to myself. One day years later, a good friend was describing a “hopeful agnostic” that he knew, and then he laughed at my own ignorance. I was completely unaware that he was talking about me.

It has been years since those losses that sent my world raveling. In that time, I’ve accepted and made a home for my grief. No one would ever willingly ask for such a wound, but I know that it has helped me see the wounds in so many others. Time doesn’t heal all, but perhaps it allows all.

Surprisingly, time has even allowed those old stories as well. Time and space away from the religious world I knew has decoupled those ancient stories from their specific meanings and dogmas. But instead of rendering them meaningless, I find them more interesting than ever before, and occasionally, strikingly true. Removed from the pressures of judging these stories as literally true or false, precious or worthless, these stories get to breathe.

I think about resurrection when I see plants that looked nothing like the seeds I buried in the ground weeks earlier. They are the same, and they are different. I think about it when I look at old pictures of my children. Some characteristics never change, a sly smile or a glint in the eye, and yet they’ve grown and changed dramatically. They are not who they were before, and never will be again. I think about it when I look into the eyes of my love, and see a person who both is, and is not the person I married so many years ago. I think of resurrection whenever I meet an old friend whose life has changed forever. The ending of a marriage, a new career, the death of a family member, these things change a person forever. They are no longer the person they were before the event, but they are still them.

And of course, I think of the unexpected resurrection of my own faith, as well. I think of the stories and meanings that guided and formed me, that served me well, until they didn’t. About how they really did die, and stayed dead for a long while. About how unexpected and precious and strange their reappearance was to me. I think of the words and ideas that are complex and beautiful and worth reintroducing, reinterpreting and recontextualizing.

I know from some vantage points, this faith looks drastically different, or even unrecognizable. That many expect the new to look exactly like the old. But they shouldn’t. Not one living thing stays stagnant or static forever.