For many of us, grief is the ultimate cost of love

The price of love 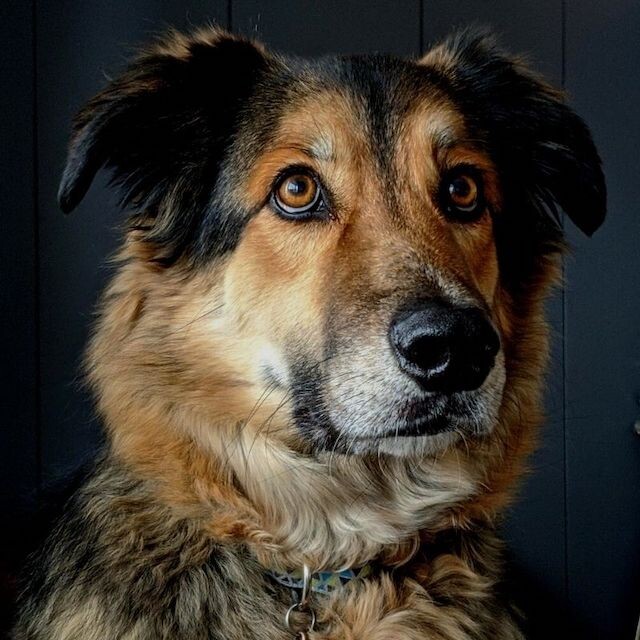 There he is, the magnificent beast.

He stands watch, regal and perched upon his throne, the padded dog bed inset within our living room’s bay window.

The Border Aussie (Border Collie/ Australian Shepherd) surveys his expansive kingdom. He stands at attention, his tail rhythmically striking the glass pane, as he guards his realm against oncoming Amazon delivery drivers, errant felines and any and all squirrels. He is absolutely, quantifiably and without exception, the best dog.

Except for the times that he isn’t.

That time that I left the barbequed steaks and chicken in the middle of the patio table and returned moments later to find an empty plate licked clean? He was not the best dog then.

Or the many times that I walk with him and our youngest to the school and tie him up at the edge of the playground yard (because I respect the bylaws) and he whines and howls like I’ve abandoned him forever? Not the best dog then, either.

Or that time we reluctantly joined another family's firepit when we were tobogganing and our dog marked his territory on a stranger's folding chair and picnic basket.

Truth be told, during the times when my dog is pulling on the leash or attempting to jump up excitedly on an approaching friend, a stranger or a bylaw officer, I am keenly aware my dog is not the best dog ever. At times, I start to wonder if my dog really is a good dog, after all.

It’s occurred to me more than once my dog may, in fact, be a poor listener, a brute and a bit of a erratic.

Still, despite the steaks and chicken and the whining and peeing and even the... er…trampoline incident, he’s still my absolute favourite.

It’s a good thing I like him because he is always right there. Occasionally he will find himself on the wrong end of a closed door, stuck on the front lawn after we bring in the last bag of groceries, temporarily unaware of his absence.

He never ventures far. Eventually we will hear a polite (or impatient) bark and find him sitting at the front door, staring up at us. This is a dog that likes to be close. He curls up on the end of our youngest child’s bed, lying on sheets and making it difficult for my son to pull blankets up over himself. When we allow him up on the couch, he fancies himself a lapdog and splays his furry 60 pound body across our legs.

Whatever favourable features or faults he has, our dog is a member of our family. He gets included in group pictures. He’ll gladly go on any and every outing, even when we have no destination. When we go on weekend excursions or extended road trips, he is always the first into the van.

We pay extra to stay in the loudest, bare-boned hotel rooms on the main floor that allow pooches. And we can be sure by the end of our trip, each and every piece of clothing we own will be covered with dog hair (and maybe a bit of slobber).

It might seem like a steep price to pay—he concessions and accommodations necessary to love a dog like that but it’s really not. We’ve been doing this for nearly a decade now and honestly, it feels strange on the odd occasion when we do have to leave him behind.

I’ve gotten used to him being constantly underfoot. But I know he won’t always be.

Just a month ago we thought we might lose him.

Border Aussies are famously high-energy dogs with well-documented neurotic and obsessive behaviours. So when ours began occasionally licking his left elbow callus, we didn’t think too much of it.

In time, we noticed the licking had become habitual and the callous more inflamed. We began to wrap the leg and when that failed, brought out the dreaded cone. Soon we noticed the inflamed area had become its own distinct growth. By the time we got into the vet, it was roughly the size of a golf ball.

We knew it might be cancer. Our vet agreed and booked a date for the lump to be surgically removed and examined for pathology. The vet was hopeful that the growth was not completely embedded in the leg but said we should prepare ourselves for future surgeries or the possibility of more growths.

We would also have to tell our kids what was happening.

Suddenly, I was 16 again. Hearing the news from my dad that my childhood pet would have to be put down, driving in the car with him to the vet, saying goodbye to my best friend. I remember the heartbreak and the white-hot ignorance-infused anger I had towards my parents because they hadn’t done more.

Now it appeared it was my turn to break my children’s hearts, to shepherd them through this awful, impossible time. I had walked right into a trap that I had already seen laid bare years earlier.

Why would you get a dog for your family when you know that this conversation, and the heartache that comes with it, will inevitably follow? When you know that both you and they will love that pet unreservedly? What sort of shortsighted monster would do this to their kids? To themselves?

A few weeks later, I found out that I didn’t have to have that conversation. Not yet. The lump was excised and found to be non-cancerous.

We were only out the (not insignificant) cost of the surgery and a few weeks of watching the wound carefully as it healed. Our neurotic, barking, underfoot, steak-stealing, hair-shedding, leash-pulling dog gots to continue being the best dog ever—at least to us.

We were extremely lucky. But I know that that conversation and the grief that comes with it is still coming. And there are a lot harder conversations still to come too.

It’s tempting to want to minimize our risks, protect our heart against the grief that threatens to swallow us whole, especially when we have insight into how much it will hurt. But it’s impossible because grief is the price of love. We don’t get to experience one without the other.

We only grieve that which we have loved and everything and everyone we love now. We will all grieve one day.

This is true for whoever and whatever we are grieving. I know there are griefs both great and small, both personal and communal.

Some mourn the loss of a career, or a friendship that is no longer close. Some of us have mourned the loss of friends, spouses, or family. Some have lost hope that the future will be better than today, or that there even will be a future for our children or grandchildren.

All of us mourn some form of the world that has changed forever. Whatever we have experienced, whatever we are experiencing, we don’t need to compare our grief. There is more than enough grief to go around.

But our grief should also encourage us.

Those who are willing to be brokenhearted are wholehearted. And the wholehearted know that the price of love is steep. But they also know it’s worth it.