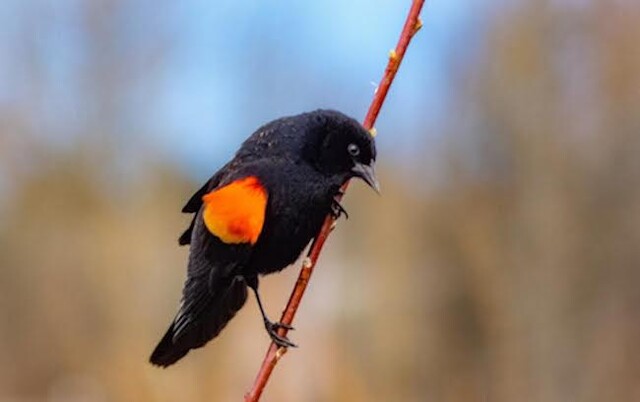 It was dusk, and I had forgotten where I was.

Not literally, of course. I was on my way to pick up my son from school, and having passed through the low marshland, I began to traipse up the hill approaching the back school yard. But my mind was elsewhere, distracted. Likely somewhere between the states of Arizona, Georgia and Pennsylvania.

For days, I had been refreshing an electoral map that changed, state by state, by single digit percentage points, if that. In between habitual refreshing of the map and news stories, I endlessly consumed the outrage, disgust, despair and then, fragile hope, on display in my social feeds.

Closer to home, viral cases had begun to jump exponentially. That morning a nearby elementary school had registered another outbreak. Collective thoughts were turning more frequently to the heightened regulations and restrictions that would surely soon be coming.

In response to both viral cases, and political upheaval, and tethered to my phone as I was, I began engaging in online arguments with both acquaintances and strangers.

Tense conversations about the balance between civic responsibilities and freedoms, about disputed numbers and scientific models, about what constitutes safety and acceptable risk.

That evening as I trudged toward my son’s school, anxious thoughts of Trumpism and anti-establishment scepticism blurred together, making the moment even more precarious in my mind.

I shivered in the crisp evening air, and, habitually, I pulled out my phone and refreshed the election map, one last time.

Then, suddenly, a great noise encircled me.

Startled, I looked around, squinting and unable to find the source. My eyes were temporarily blinded by the glare of my phone’s screen as I stared into the near dark.

Then, it came into the view: against the backdrop of the fading sky, a great mass of redwing blackbirds moving as a single co-ordinated, unpredictable cloud. Slowly my eyes began to identify individual birds, circling and weaving between the cattails.

It occurred to me how silly it was that the birds had startled me. They were hardly quiet now, their chorus of chirps audible amongst the tumult of beating wings.

Had they been silent and still as I had descended into their home? Or had I been sleep walking, so lost in thought that I had stumbled into another world without realizing it?

The phone slipped back into my pocket. And concerns of U.S. elections, viral cases and online arguments were far away. I stood on that hill, held by that moment. Still staring, and listening. Realizing where I was.

A few weeks earlier, I had decided to memorize Wendell Berry’s poem, The Peace of Wild Things. I was not feeling at all at peace; it had been featured by the On Being Project, read by Berry himself.

The poem is 11 lines long, and read slowly in less than a minute. From the moment that Berry intones his first words “When despair for the world grows in me…” I knew that the poem was for me, and many of us, in this moment.

In the poem, Berry conveys the unique peace that nature possesses and can lend us. In the night, when assaulted by anxious thoughts, the poet leaves his home and lies down in the grass, where the “wood drake rests in his beauty on the water, and the great heron feeds.”

In nature, the poet gains the “peace of wild things,” but only for a time. For in the end, the poet does not proclaim a final victory over despair or sleepless nights, but only that “for a while, I am held by the grace of the world, and am free.”

There I was, suddenly free myself. Held momentarily by the hidden grace of that moment I stumbled upon. Caught up in something that felt so strange and otherworldly. But, of course, was very much a part of our world, occurring outside my notice in the twilight of each and every evening.

Despite the fact that I no longer go to church, I found myself thinking of the words of Jacob in Genesis. In that old tale, Jacob falls asleep in the wilderness at dark, and in his dream he sees a ladder extending into heaven, and angels ascending and descending.

After he is blessed and reassured by God, he awakes. And Jacob marvels to himself: “Surely the Lord was in this place, and I did not realize it.”

This story is more than 3,000 years old. Any story that old is loaded with meaning, importance and interpretations that others have placed upon it, long before it ever reaches our ears.

But that story has survived for a reason.

Now, you may not believe in God or angels (or ladders, I don’t know you…). But this was a story of a man finding himself face to face with a much larger reality than he realized:

As I stood there stunned and still and free, it felt like my story, too.

On this we can agree: that there is a whole world, that we think of as “other,” below, above, and outside our distracted attention. That beyond our notice is a world where redwing blackbirds, or heavenly messengers are ascending and descending. Where the voice of the Divine, or a chorus of chirps and beating wings can bless us and remind us that we belong.

And that belonging is grace.

Sometimes, we think of grace as solutions to our problems, that:

But sometimes (and most often), grace comes as the simple dawning awareness that there is a world larger than our concerns. A world that does not need us, but welcomes our observance and participation. Those moments that leave us feeling both small and accepted are sacred to us, precisely because they seem so rare.

Perhaps these moments are occurring, even now. Even in the midst of our anxious thoughts of viruses or politics or strife. How often, in our forethought of grief, do we walk right into, and through, a world waiting to capture our attention.

Waiting to lend us a moment’s peace. To cast our anxieties far from us. To cast us in a production far bigger and wilder than ourselves.

A hidden grace, waiting to hold us and make us free. If only just for a little while.

More Something From Everything articles