Radio telescopes and the world's electronic devices need to coexist 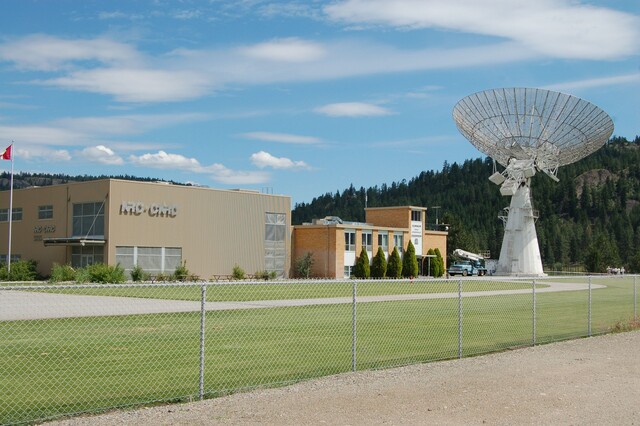 Light pollution — light pointlessly being directed in useless directions, usually upward — is a big problem for optical astronomy. The situation for radio astronomy is similar, and as difficult. Our increasing dependence on radio devices for more and more aspects of our daily lives poses a growing challenge for radio astronomers.

Even though the strength of radio emissions from cosmic objects is almost always enormous, they lie extremely far away, so what arrives at the Earth is so weak it requires the most sensitive radio receiving systems we can make in order to be able to measure them. Moreover, as we work back to the beginning of the universe, which means reaching out to greater and greater distances, the emissions we want to study are even weaker. How can we continue to do this in an electromagnetic environment that is becoming more difficult?

The main line of defence is a UN Agency in Geneva: the International Telecommunications Union, or ITU. This is where countries around the world work together to produce and maintain a treaty called the "Radio Regulations". These regulations set down what radio services can use what frequency bands, which is why your cell phone does not interfere with airport radars and your wifi does not interfere with your television. There is no such thing as a perfect electronic device, and we have to live with the fact that all electronic devices, whether they intentionally transmit signals or not, radiate interference at frequencies used by other services. This interference is termed "unwanted emissions". The Radio Regulations list limits for these.

Under the ITU, radio astronomy is just another radio service. It has frequency bands allocated to it, with provisions to keep manmade transmissions out of them. There are also limits to how much manmade unwanted emissions can be accepted. However, now most of us walk around with at least one active electronic device, and often additional ones, like Bluetooth ear buds or headphones, all of which use low-power transmitters. The result is that, even though every device is radiating legal levels of interference, the total emission from a large number of them could add up to a real problem for radio astronomers.

The best method to keep radio astronomy possible while minimizing the effect on others is to put radio telescopes in areas where the population density is low, and there are surrounding hills to screen out interference coming from beyond. Anyone coming onto an observatory site, and preferably anyone passing in line-of-sight of the radio telescopes, should turn off their electronic devices. How about putting radio telescopes in space?

Putting a radio telescope in orbit would put it in line of sight of every transmitter and interference source over a good fraction of the Earth's surface. On the ground we can use hills and mountains as screens. In orbit there aren't any. An obvious modification to this plan would be to put our radio telescopes on the other side of the Moon, where the interference radiating Earth never rises above the horizon. That would work well. However there is a transportation problem. Apart from getting the construction done, a modern science facility needs upgrades and new instruments to keep them scientifically productive. No doubt at some point radio astronomy on the other side of the Moon will happen. However, for the foreseeable future we will need ground based radio observatories, so the issue of coexistence between the most sensitive radio receivers and a world filled with electronic devices will stick around too.

Saturn rises soon after sunset, followed a couple of hours later by Jupiter.

After another two hours, Mars creeps into view, followed, just as the sky starts to brighten for dawn, by Venus. The Moon will be New on the 27th.