The future of astronomy 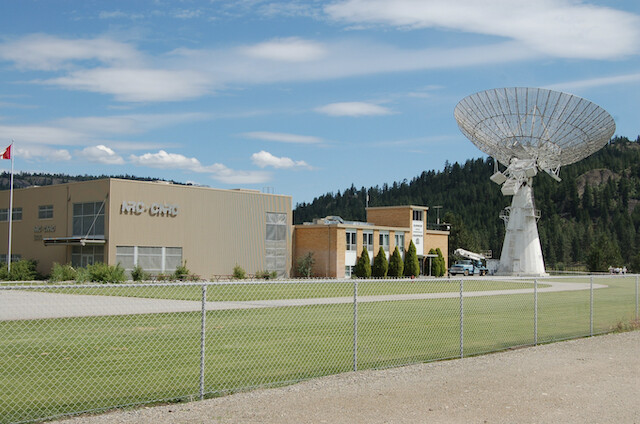 At the moment, these are mainly done using Zoom. After the usual organizational stuff that starts all staff meetings, the rest of the time is dedicated to project and science reports, where people report on what they are up to and what interesting new scientific findings they have made.

Much of this part of the meeting covers reports by students who are working at DRAO. Some of them are co-op students, where working terms at the observatory are part of their degree studies. Others are graduate students, working towards their doctorates. Finally there are some post-doctoral students. These are people who got their doctorates recently and are at the launching point in their careers as scientists.

They are all at DRAO because their career plans involve not only pure research, but also gaining experience on working with radio telescopes and the data they produce and the design and operation of the instruments we attach to those telescopes when making observations.

These are the people who will define the future course of Canadian astronomy, and play a key role in implementing the new instrumentation needed for working at the astronomical frontiers.

Most astronomers are "pure” researchers. They do not have a close relationship with instrumentation. Questions arising during their work lead to the need for new observations. To address this, they look at observing facilities around the world to determine which of them has the instrumentation to address those questions.

These days this is normally done by referring to the observatory web sites. They then apply for observing time, and if the applications are approved, the observations are carried out.

It used to be that the astronomer needed to be at the observatory to oversee the observations, but since the operation of modern telescopes is now exclusively done by trained on-site staff, the researcher usually stays home and receives the data over the Internet.

The astronomical community as a whole settles on the "big questions" we should be looking at over coming decades. But it requires scientists who understand telescopes and instrumentation to turn those questions into equipment that can be used to address them.

This is where those students come in. They, and their peers, will make sure Canada remains in the forefront of instrument design. Without them, we will be mere passengers on the astronomy ship. With them, we help design and build the ship and help set the course.

There is another angle. Modern astronomy works at the cutting edge of technology, digital signal processing and imaging. This includes antenna design and development of high-sensitivity receivers, software and computing equipment. Much of this is applicable outside astronomy, for example in communications, medical and other imaging, environmental sensing and consumer electronics. A lot of the equipment is built by industry, transferring knowledge that can be used to develop new products and devices.

Today, most front-line astronomical facilities are international collaborations. Canada is a partner in several of them, contributing technology and operational support.

DRAO is a purely national facility, which means we decide what it does and which way it will evolve. This also gives us flexibility as to how we can address the training of future technically literate astronomers and astronomically literate engineers.

A big plus is that the techniques and devices developed by the students and “post-docs” are often tested and deployed at DRAO. This helps the observatory stay relevant in an age where scientific discovery is moving faster than at any time in our history.

• Mercury lurks low in the dawn glow, with Venus higher and brighter. To Venus' right, lie Mars and Jupiter, close together, then Saturn.