Flashes of light from far away stars are like cosmic 'lighthouses' 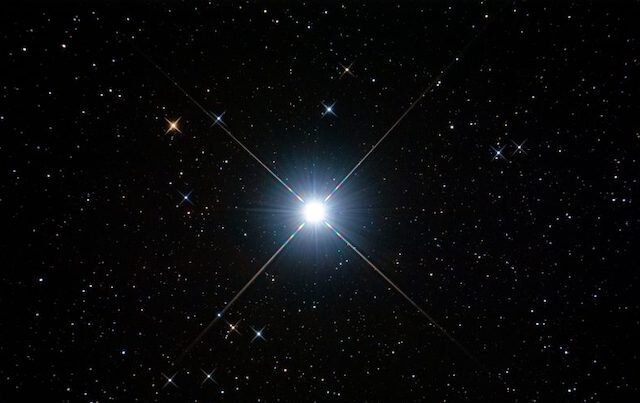 Sometimes a semi-serious comment turns out to be prophetic.

An example of this is related to the discovery of pulsars. We now know these to be rapidly rotating neutron stars which radiate beams of radio waves and X-rays, so we see a "flash" every time the beams point in our direction, just like the flashes we see from a lighthouse.

We identify different lighthouses from the timing of their flashes. If mariners at sea on a dark night can see two or more lighthouses, they can be identified and then used to calculate their ship's position.

Back in 1967, Jocelyn Bell was a post-graduate student with Cambridge University. Her project was to use a custom made radio telescope to study how distant sources of cosmic radio waves twinkled in the solar wind. This twinkling can tell us about the solar wind, and also about the size of the radio sources.

At the time there was little information about the size of some types of radio sources, such as quasars, this was a hot topic.

Radio astronomy from the Earth's surface is always hit by the same problem—man's radio transmissions. Intended or unintended, they are orders of magnitude stronger than the signals reaching us from cosmic radio sources.

These sources are extremely powerful transmitters, but they are also extremely far away from us.

So Jocelyn expected to have to deal with manmade interference. When she saw some precisely spaced pulses of radio emission in her data her first thought was it was just another interference problem. They turned up at roughly the same time every day, and seemed likely to be someone starting up a badly maintained piece of electrical equipment.

How could such precisely spaced pulses be natural? They had to be artificial. Appallingly high-powered transmissions from some alien civilizations?

It was suggested the sources of the pulsing signals could be the equivalent of our lighthouses, for use in interstellar navigation. This led to the slightly joking suggestion the source of the pulses be called LGM-1, that is, Little Green Men 1.

This idea was somewhat reinforced by the discovery of other pulsing radio sources, all pulsing at different rates.

Different flashing rates is how our lighthouses identify themselves to seafarers. Of course we now know these pulsing radio sources as pulsars, products of Mother Nature, not aliens. However, that does not rule them out as navigation aids.

When the two Voyager spacecraft were launched into the outer Solar System in 1977, they bore plaques aimed at telling any alien space travellers about us and where we are. The speed of the spacecraft would carry them out of the Solar System and into interstellar space, where they will drift for millions of years.

On the plaque, the position of our star, the Sun, is shown in relation to a number of pulsars, with the unique flash pattern of each "lighthouse" listed on the plaque. If an alien race were to obtain the plaque and could identify the pulsars described on it, they would have instructions on how to find us. It is not really clear as to whether this was actually a good idea.

In 2018, there was a proposal is to use pulsars as a sort of free-of-charge galactic equivalent of GPS. The proponents suggest that identification and timing of four pulsars would enable us to derive our position, anywhere in our galaxy to within one metre.

Until we develop the means of faster-than-light travel, we can use this method for more modest trips, such as navigation within our Solar System.

To paraphrase Ray Bradbury in his book The Martian Chronicles, we may have found the civilization using pulsars for navigation; it is ours!

• Venus is low in the dawn glow. To the right, there's Mars and Jupiter, close together, then Saturn.

• The Moon will reach its first quarter on the June 7.