Looking at how our universe will come to an end 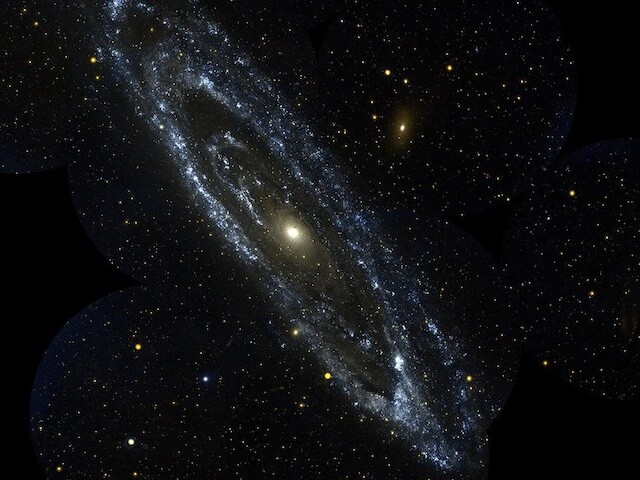 Almost 14 billion years ago, the universe began, in an event often referred to as the "Big Bang".

At some point in the remote future, we think the universe will end. It cannot last forever because of two things: it is finite, and it is subject to "the second law of thermodynamics".

So what could the end of the universe be like? Is it likely to be the end of absolutely everything?

As the incredibly hot and dense newly born universe expanded and cooled, it eventually became cool enough for the hardiest atoms to form. These are hydrogen, and helium, which is a little less hardy.

The result was, about 380,000 years after beginning, the universe was filled with clouds of hydrogen with some helium and basically not much else. By the time the primordial stuff would have cooled enough for other atoms to form, it had all been used up making hydrogen and helium. It is from this original mixture that the first stars were born.

They lit and warmed the universe by fusing hydrogen and helium into heavier elements, such as oxygen, nitrogen, sulphur, carbon, phosphorus and so on. All the energy sources we use today, such as fossil fuels, hydroelectric and nuclear fission, are all basically reformatted energy supplied originally by stars.

Fossil fuels are solar energy trapped millions of years ago by living things. Hydroelectric power is driven by the water cycle, which in turn is powered by the Sun. Nuclear energy involves splitting heavy atoms forged in the death throes of dying stars.

Basically, this means when all the hydrogen is used up, shortly afterward, all other energy sources will fade out and the universe will become cold and dark.

When all concentrations of higher-quality energy are dissipated, and the universe is at a constant temperature, everything will come to a stop. This is often referred to as the "heat death" of the universe.

Is it possible to avoid this by concentrating energy so that it can be used over again? This is where the second law of thermodynamics comes in. Basically the law says that unless helped, heat won't flow from colder objects to warmer ones, or waste products turn themselves back into fuel.

You can make this happen, but it takes more energy than you are saving. No matter what we do, we are on an inexorable slide downhill to a future with no stars, with frigid dust clouds and cold, lifeless planets and being swallowed by black holes, in the dark.

If the universe had a definite beginning, and will have a sort of cold, dark, fading out end, what happened before the beginning, and what will be going on after it's all finished? One might argue that these questions are more religious than scientific, in that they take us to the boundaries of what we think we know, or even beyond them.

The issue is made more complicated by almost all our astronomical knowledge coming from the study of only 4% of the stuff making up the universe. Dark energy and dark matter make up the other 96%. These concepts were originally concocted to make calculations agree with observations. As yet we don't know what either of these things are, or even have independent proof of their existence.

A comforting concept receiving a lot of scientific attention these days is the "multiiverse".

In this idea, what we understand as universes form like bubbles in a multidimensional cosmic foam, expanding and then dissipating and being replaced by others. Researchers have suggested that if our bubble universe is touching another, the area of contact should be detectable.

Do multiverses have beginnings and endings? Are we just finding ways to push back the hard questions?