What ripples in 'space time' can tell us 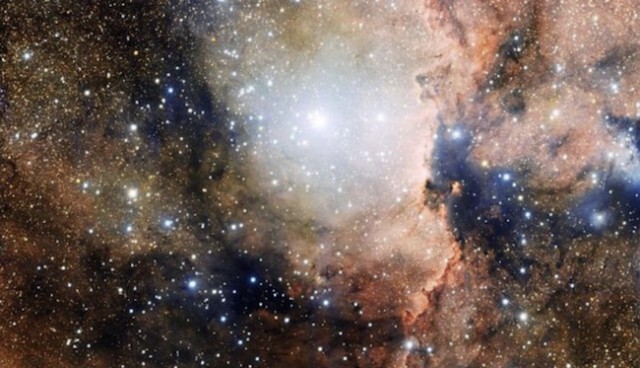 If you have ever sat by a pond on a summer's afternoon, you must have spent some time looking at the ripples.

When a fish surfaces for a moment it leaves an expanding pattern of ripples. Reeds moving in the breeze make ripples too. So do dragonflies, momentarily touching the surface before flying on. Whirligig beetles speed in tight circles, causing spiralling ripples to move outward.

This behaviour has a purpose. The ripples reflect off nearby objects, telling the beetle about threats, possible prey, and also announce what a smart, healthy, attractive beetle he or she is. If we put lots of sensors around the edge of the pond, so that we measure the timing, size and curvature of all the ripples reaching the shore, we could construct a picture of what's moving around out there.

The situation is the same for things moving in space. Space is not "nothingness". It can be stretched, twisted and compressed. Time is intimately linked to space, so we refer to the pair as "space-time".

Just as events in the pond make ripples, events in space-time create ripples or waves that spread out in all directions. These waves or ripples have come to be called "gravitational waves". Exploding stars make ripples, just as throwing a stone in the pond does. Just like a duck swimming across the pond, or those high-speed whirligig beetles, moving through space-time generates a bow wave and a wake.

However, at cosmic distances the waves made by moving or even colliding planets are too weak to detect. On the other hand, exploding stars or neutron stars or black holes orbiting each other make detectable ripples in space-time.

As anyone who has rowed or paddled knows, getting a boat to move through the water takes energy. Some of that energy goes into making waves. That means any planet or object orbiting some other body, such as a star, is losing energy as gravitational waves. This would cause them to slowly spiral inward until they collide.

Fortunately for planets like ours, the rate of energy loss due to having to push through space is tiny. However for really massive objects, such as neutron stars or black holes, closely orbiting around one another, it is another story entirely. So much energy goes into making gravitational waves that the bodies spiral inward, moving faster and faster, like two whirligig beetles until they meet.

The combination of the two bodies into one is dramatic and produces a lot more gravitational waves. As in the case of the beetles, we receive one group of waves per revolution. As the bodies get closer and it takes less time to complete each revolution, those pulses of gravitational waves come faster and faster.

Considering the sizes and masses of these bodies it is hard to visualize the speed with which they are swinging around one another. Just before the collision they are moving so quickly we just hear a sort of chirp, and then it is all over.

Observations made using gravitational wave detectors here on Earth can be seen here and here.

The existence of gravitational waves was predicted by Albert Einstein. However, he suggested they would be too weak to actually detect. In 2015 he was proved wrong. We are now observing the waves produced by colliding black holes and other high-energy events.

As of yet, it is only possible to detect the waves and get a rough idea where the waves came from. There are realistic hopes that we will soon be able to do better.

Not that long ago our optical and radio telescopes were only useful for studying individual objects of particular interest. Now we have the capability to image huge areas of sky, capturing countless interesting objects.

At some point gravitational wave telescopes will do that. We will be able to capture all those ripples on the cosmic pond and what is making them.

• The Moon will reach its last quarter on April 23.