Hard to believe there isn't life elsewhere in universe

Life as we know it 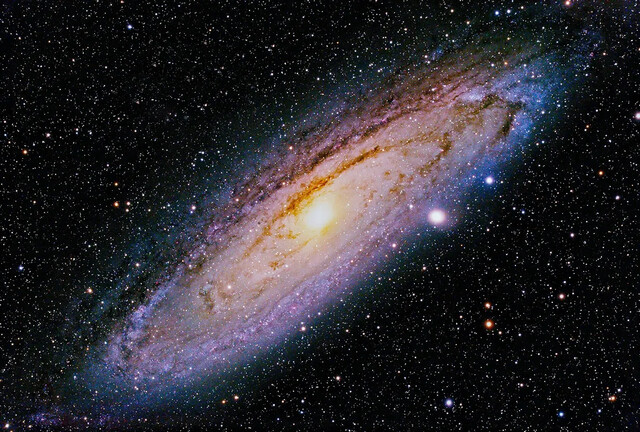 We're all familiar with the sorts of alien we get in science fiction movies.

They are usually humanlike and often move slowly because the actors cannot see much through the eyeholes in the masks they are wearing. However, out there in the real universe, what living things can we expect to find?

Around 3.5 billion years ago, probably in the ocean, a special set of chemical, energy and environmental circumstances triggered the appearance of living things. Since then, in response to environmental changes and opportunities, those living things evolved and diversified, leading to the life-filled planet we live on today.

In a universe containing probably billions of billions of planets, it is inconceivable that Earth is the only place where life appeared and developed. However, did that life have to start in exactly the way it started here? Moreover, whether it did or didn't, it is highly unlikely billions of years of evolution on another world would lead to life anything like what we see around us on ours.

Is it possible to step back to get some basic usable criteria for searching for life, familiar or alien?

Basically a living thing takes in energy and raw materials from its environment, and uses them to build its body and power its various activities. In doing so, it produces waste products and heat. These have to be got rid of. On Earth, animals like us take in nourishment from our environment and obtain energy by using some of the oxygen we breathe in to "burn" some of it.

Plants take in more basic materials and process them using the energy of sunlight. In all cases there is waste heat that must be dumped. Without this process of input, processing, and output, life is not possible. One other need is that the living creature should be capable of holding itself together. Using this set of criteria we can look at the life potential of some familiar and unfamiliar cosmic bodies.

For example, our Moon is an airless ball of dry basalt with some ice in permanently dark locations near the poles. During the day, the basalt gets quite hot and during the lunar nights it gets very cold.

There is certainly a lot of available energy, but not really enough to drive any biological processes we know of in the materials available.

Mars looks a lot better. It has a thin atmosphere with almost no oxygen. The surface is dry but there is ice below. The thin atmosphere allows lots of solar ultraviolet radiation to reach the surface, which would be bad for us. This reacts with the surface material for form some interesting highly-reactive chemicals, such as perchlorates, which could be the energy source for some sort of life. Jupiter's atmosphere is loaded with the chemicals forming the basis for aminoacids; the building blocks for life as we know it. However, there is no oxygen, so if those chemicals are involved in any sort of life process, it won't be anything like life here on Earth.

Actually, the fact that Jupiter's atmosphere is loaded with the raw materials suggests that as yet nothing much has appeared which is feasting on them. The same applies to Saturn, Uranus and Neptune. Moons with oceans under the ice could have living things maybe something like the ones we see here on Earth around hydrothermal vents. It has been suggested that life on Earth started around those vents.

The needs of life might be met in even more bizarre ways. There is plenty of energy available on neutron stars, radiating out from their hot surfaces. There are materials available, so there might be living things catching that heat and then radiating it out into cold space when they have done with it. The universe almost certainly has scattered around it places where the basic needs for life are met in ways we cannot imagine. It is inconceivable that the universe exists for the benefit of life on Earth, or that the processes of life as we know it are the only possibilities for creatures on other worlds.

• Saturn and Mars lie close together in the dawn glow, with brilliant Venus nearby.

• The Moon will reach its first quarter on April 8.