Exploring oceans on other planets may provide us answers 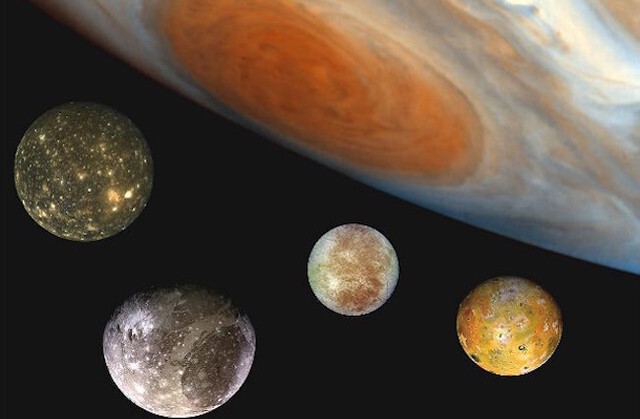 The deepest point in the Earth's oceans lies almost 11 kilometres below the surface.

Down there it is cold and has seen no sunlight for millions of years. Sunlight does not penetrate to depths beyond about one kilometre. Much of the water covering our world is deeper than that. However, down there in the cold darkness, there is life.

Much of it depends on stuff falling down from the sunlit water near the surface, but not all. At the deepest part of the ocean, scientists have discovered filamentary stuff that seems to be thriving down there, coating the rocks. Then, around geothermal vents, where hot, mineral-laden water emerges from the Earth's interior, there are communities of creatures living in the dark and never, ever having seeing the Sun, or depending on it.

The discovery that such life exists is forcing us to revise our ideas as to where to look for alien life in our Solar System and beyond.

We used to think that out beyond the orbit of Mars, the fourth planet from the Sun,—we live on the third—everything was mostly made up of frigid gases, rock and ice. It would be so cold the ice would be a permanently solid, rock mineral.

Then we found out what Europa, Jupiter's second-closest moon, is like inside. That little world is permanently covered by a thick, icy shell. However, underneath, thanks to tidal heating by Jupiter, there is a deep, dark ocean.

Now it looks as though Ganymede and Callisto, the third and fourth moons out from the planet, may well be similar. Io, the closest moon is so strongly tidally heated that it is the most volcanically active body in the Solar System, not a place we would expect any sort of life that we can visualize. Enceladus, one of the moons of Saturn, emits jets of mineral-laden water through its surface, which suggests this is another world that might have an ocean hiding under the ice. It is beginning to look as though solid, rocky moons like ours might be in the minority in the Solar System.

All that tidal tweaking due to the strong gravitational pull of the planets they orbit, heats those moons' cores, keeping them molten. This makes them geologically active, with moonquakes, forming cracks and faults allowing hot fluids from their interiors to emerge through the bottoms of those deep oceans. Water getting into the cracks would emerge somewhere else, hot and mineral laden, through hydrothermal vents.

Because warm water is less dense than cold water, it would rise towards the top of the ocean, leading to a convective circulation which keeps the ocean from freezing. In short, the bottoms of those alien oceans be like the dark, deep parts of our oceans.

An idea that has considerable momentum at the moment is that life might not have started in the sunlit shallows of our oceans, but in the chemically complicated environments surrounding hydrothermal vents.

If this is the case, it raises the possibility our Solar System might be seething with life. It is just that until now we have been looking in the wrong places. The big question is, how do we find out? How can we look for life on a body covered with an ice layer many kilometres thick from a spacecraft located on the surface?

One proposal is to put a hot probe on the surface, containing many kilometres of power cable and data fibre. The heat will melt the ice and the probe will sink down, releasing cable as it goes. The meltwater would freeze behind it so there will be no pulling it up again. When it gets down into the ocean it will look around, and possibly release one or more robot submarines that will wander off to explore, transmitting data back to the probe, which will relay the data to the surface and thence back to us.

There are plans for such a mission. It is doubtful we will be able to exchange ideas with any of the alien creatures we might find, but just knowing they exist will show we are not alone and maybe better help us understand our own origins.

• Venus shines brilliantly the southeast before dawn, with Mars nearby and Saturn low in the glow.

• The Moon will reach its first quarter on March 10.