Where to look for life in the Solar System

Looking for other life 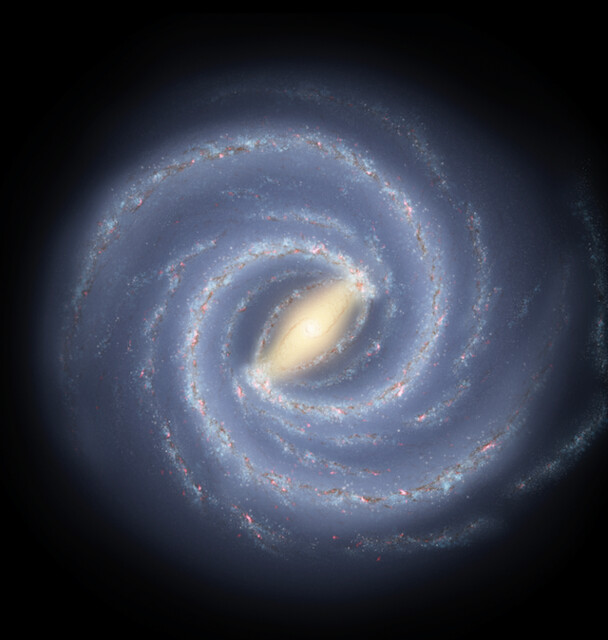 One of the main science objectives of the James Webb Space Telescope Project is to search for life on planets orbiting other stars.

Even with this powerful telescope, those extra-solar planets will reveal themselves either as tiny, faint dots lying very close to the stars they orbit, or as minute dimmings as they pass in front of their stars, blocking a tiny fraction of the stars' light.

Taking this into account, how can we make a meaningful search for signs of life on those worlds?

The answer to this question dates back to Sir Isaac Newton, who found that passing light through a prism isolated all the different colour components of the light. His discovery evolved into the modern science of spectroscopy. It makes it possible to look at a distant star and see what it is made of, what its temperature happens to be, and whether it is moving towards or away from us.

An oxygen molecule consists of two oxygen atoms joined together. Molecules too have their own unique light signatures.

Stars are generally too hot for molecules to exist for very long. Planets are cooler, so molecules can exist in their atmospheres and on their surfaces. When we observe the light from a star, we see the signatures of atoms.

The trick for searching for life is to look for the signatures of gas and chemical molecules in the planet's atmosphere that should not be there. For example, we can search for oxygen molecules.

Oxygen is a very highly reactive material. It would very rapidly disappear from a planet's atmosphere by reacting with iron and other materials in rocks and soils.

The reason there is so much of it in our atmosphere is that living things are making it, in quantities large enough to replace any loss.

Another reactive gas that would be an indicator of life on a world would be chlorine. This gas, deadly to us, would disappear rapidly if not continually topped up.

The question is what stars to point the telescope at in our search for life. A start would be stars like the Sun. We know that star supports life.

The Sun and the planets of the Solar System formed some 4.5 billion years ago. Living creatures appeared about 3.8 billion years ago. If we assume that on average, this is the amount of time necessary for life to appear on a planet and evolve into fairly advanced forms, than stars with shorter lives, which includes the blue and white ones, will not qualify. Maybe red dwarf stars would be ideal candidates. They might be dim, so their planets would have to lie close to them, but they are so stingy in their use of fuel that they are able to shine steadily for tens of billions of years.

Worlds orbiting these stars could have a long time to develop life and have it evolve, and even restart if the living creatures on those worlds wreck their environments, wiping themselves out. Our Sun will start running out of fuel in about three billion years, so if we mess up, there won't be time for a restart.

• After sunset, Venus lies close to the southwest horizon, with Saturn to its left and then Jupiter.