Spacecraft named Lucy on its way to Jupiter's Trojan asteroids 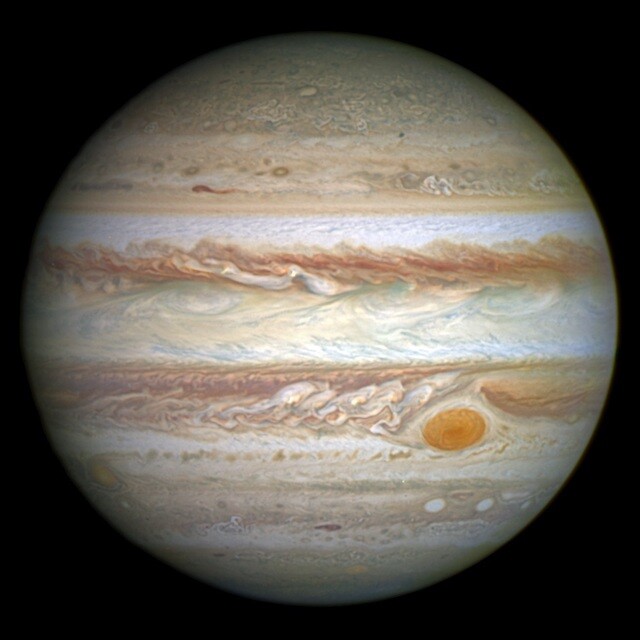 We have a pretty good overall picture of how our Solar System formed. However, there are lots of unanswered questions.

For example, if the Earth started off hot and molten, where did the organic chemicals that were the precursors of life come from? Most of those chemicals don't handle heat very well. Jupiter's atmosphere is loaded with those precursor chemicals. It is likely that all the planets got some. Did they come a bit later in the formation of the planets? Why has our planet got so much more water than, say, Mars? What we want to do is to get a close look at the raw material from which the bodies in the Solar System formed.

There is still a lot of Solar System construction material left over. Some of it is in the form of icy bodies orbiting in the outer reaches of the Solar System; some of it is in the form of comets, and some in the form of asteroids. Finally, there is a lot of dust. Some asteroids are lumps of icy, dusty rock. Others are dark, dusted with carbon and possibly a source of carbon compounds for seeding life on new worlds. To find out more we have to see a selection of these asteroids close up. There have been space missions to comets and some asteroids, but to get the information we need requires visits to as many asteroids as possible. An exploration plan involving one space mission per asteroid would be complex and far too expensive to consider using current space technology. Fortunately there is a solution.

In the 20th Century, astronomers were intrigued to find Jupiter, the largest planet in the Solar System, shares its orbit with two collections of asteroids. One group orbits 60 degrees ahead and the other 60 degrees behind. They were named after the Greek and Trojan heroes who fought in the siege of Troy.

Homer wrote that Paris, a Prince of Troy—the city of the Trojans—kidnapped Helen, the wife of King Menelaus of Sparta, one of the Greek Kingdoms. The result was a combined Greek operation that besieged Troy. Since the siege was proving unsuccessful the Greeks made a huge wooden horse which they filled with warriors. The Trojans for some unfathomable reason decided to pull the horse inside their city.

At night the Greeks came out, opened the city gates and let their friends in. Troy was sacked and Helen rescued. The asteroids in the Trojan groups are named after Greek and Trojan heroes from the fight over Troy. One group is predominantly named after Trojans and the other after Greeks. However, this rule has not been rigorously adhered to, so each group contains spies from the opposing group.

These groups are the result of a complex interplay of the orbital motions of the asteroids, together with the gravitational attractions of the Sun and Jupiter. These result in "gravitational holes" that trap bodies so that they become stuck in them. These "holes" were first described mathematically by Joseph-Louis Lagrange and are therefore nowadays referred to as Lagrange Points.

It turns out that these Trojan groups contain asteroids of all types, and offer the opportunity to examine a good selection with just one space mission: Lucy. The spacecraft is named after one of our remote ancestors, named Lucy by her discoverers, after the Beatles song Lucy in the Sky with Diamonds.

The Lucy spacecraft was launched on Oct. 16 and is now on its way to visit both of the Trojan groups. It will arrive at the leading group of Trojans in 2027. After exploring them, it will use a close flyby of Earth to catapult it towards the trailing group, arriving in 2033.

It seems the ingredients for chemical life like ours are widespread in the universe. Maybe learning more about how we received those ingredients will give us a better idea as to how we got here, and just as importantly, are we likely to be alone.