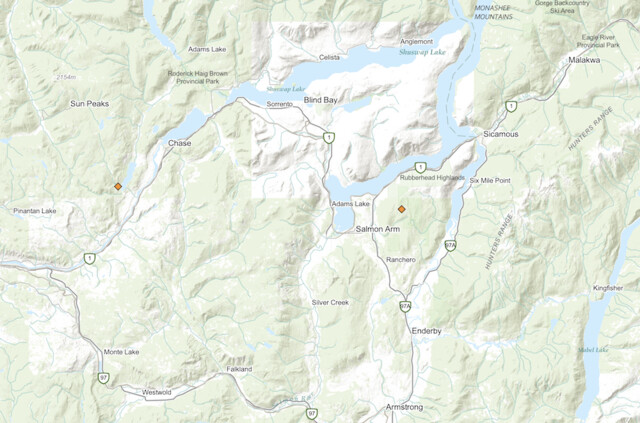 Two new spot fires are reported in the Shuswap.

The first is just west of Salmon Arm in the Larch Hills area.

The second is west of Chase, near the southern tip of Niskonlith Lake, at Niskonlith Creek.

Both are estimated at spot size (0.01 of a hectare) and were discovered Thursday.

The Niskonlith fire is believed to be lightning caused, while no cause is given for the Larch Hills fire.

Meanwhile, eight other small fires continue to burn across the North Shuswap.

The largest is the Harper Creek fire, estimated at 3.0 hectares in size.

The others are all one hectare or less in size.