Shuswap Lake level down from Sunday, but may not have peaked yet 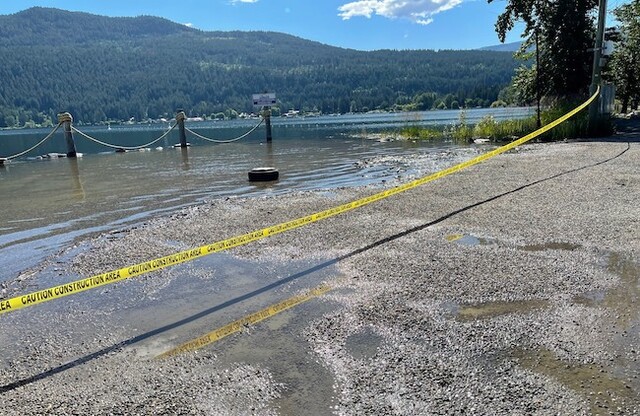 Shuswap Lake appears to be peaking.

That's down two millimetres from Sunday's reading of 348.946 metres.

Whether it will keep going down is dependent on rainfall, snow melt rates, and temperature, the Shuswap Emergency Program says.

The graph below is the most current data. It will be updated as information is provided through the BC Rivers Forecast Centre.

Meanwhile, the Shuswap remains under a flood watch by the BC River Forecast Centre.

On Sunday, the SEP said on Facebook that the lake level is expected to continue climbing this week as high temperatures are predicted to increase snow melt feeding into the lake.

"There is also the potential for thunderstorms on Tuesday that could increase localized flooding," the SEP warned.

Residents are reminded to be cautious around water, "especially as the lake temperature remains very cold. Fast-flowing creeks and rivers also pose a safety hazard. Please keep away from riverbanks and closely monitor children and pets." 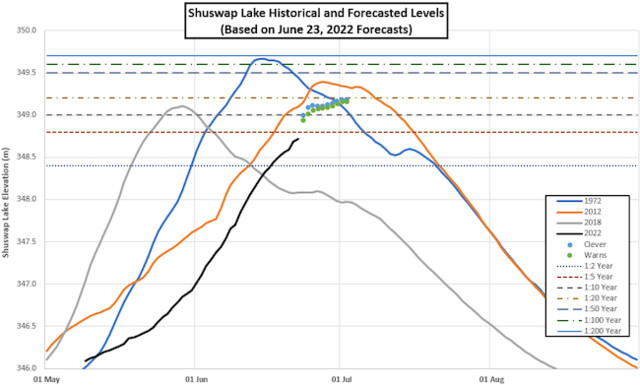