Buy a house, get free beer for a year 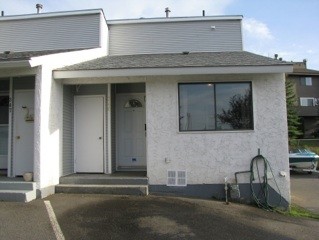 The real-estate market is tough these days, especially if you're selling a condo that is identical to four other condos in the same complex all going for the same price.

Sellers have to get innovative, throw in a BBQ, knock a few bucks off or if you're Curtis Allen, give away free beer for a year to the buyer.

Allen has had his three bedroom condo on the market for just over a month and says only two prospective buyers have stopped in.

"I have two houses, one in Kelowna and one in Kamloops and I just can't afford to keep both going."

The condo located on Springview place in Kamloops,  was being rented, but after the tenants moved out and the house went on the market, Allen knew he had to be creative or he could be stuck paying two mortgages.

"I was sitting around thinking, this house is a real pain, it's not getting nearly as many views as I would like. How am I going to attract people to this house?  Well I was drinking a beer at the time and I thought why not just give away beer for a year."

Allen hopes the free beer initiative will be the final push to get people thinking about buying.

"This place is geared towards students, and that is who I am marketing with this campaign of free beer for a year."

The condo is ideal for someone who is going to school,  it's a five minute drive from Thompson Rivers University,  close to public transit, has sufficient parking, a large living room, a patio for summer BBQ parties and it is an end unit.

How will the buyer receive the free beer you might ask? Allen will purchase a gift card based on the average price of six-pack of beer for 52 weeks, so the new home owner can pick their favourite brew themselves.

"All I can promise people is beer."

Allen created the website, freebeerhouse.com on Saturday and by Monday morning he already had over 600 visitors to the site along with interviews on CTV, CFJC and several radio stations.  But Allen isn't some random individual with an ingenious idea, he's also a CTV cameraman with a knack for social media and getting the word out on hot topics.

"I don't have many followers under this account (@freebeerhouse) on Twitter yet, but there has been a lot of people tweeting about this. The actor, Lee Arenberg from the Pirates of the Caribbean, he was tweeting about my house last night."

Beer me! The condo is currently being sold privately, but Allen is looking for a realtor who is excited about his idea and would be willing to hand out beers to potential buyers.

"We will be having an open house on Saturday, and there will be beers available for those who stop by. First come, first serve."

So far, Allen has one viewing for the condo set up for Tuesday morning and he's hoping it won't be the last.

We don't know for sure, but we think Allen will throw in a can opener if people prefer bottles, another bonus.