Do you think we should change the name of British Columbia? 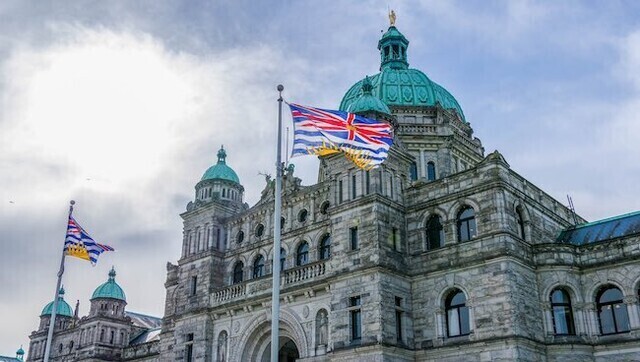 In August 2021, shortly after the federal government announced its intention to enhance support to Indigenous communities as a result of recent discoveries related to residential schools, Research Co. and Glacier Media asked British Columbians about the name of their province.

Many other jurisdictions in Canada have Indigenous names, but the westernmost province does not.

In 2010, a full decade before topics like colonization and reconciliation began to dominate the airwaves, B.C. renamed the Queen Charlotte Islands as Haida Gwaii. Last year, most of the province’s residents (56 per cent) said they agreed with the decision. When we asked again last month, support was still solid, with 58 per cent of the province’s residents saying this was the correct course of action. Opposition stayed at 20 per cent, the exact same level observed in 2021.

Governments and councils across Canada have started to remove specific figures from the public consciousness. Toronto no longer has a street named after Henry Dundas, who proposed the gradual abolition of the slave trade at a time when immediate action was endorsed by many. Toronto is also home to the Metropolitan University, formerly named after Egerton Ryerson, a major contributor in the development of Canada’s residential school system.

In B.C., streets and buildings named after Joseph Trutch, the province’s first lieutenant-governor, have been rechristened in Richmond, Victoria and Vancouver. Trutch’s refusal to recognize Indigenous land rights is well documented.

The removal of historical figures has not been particularly controversial in Canada. Changing the name of a Canadian province is a completely different matter. Still, the needle fluctuated a bit more this year. Just over three in five British Columbians (62 per cent) told us they have no problem with it, down five points since 2021.

The important variation, and one that is present throughout all of the issues we tracked, is generational. Practically three in four British Columbians aged 55 and over (74 per cent) and three in five of their counterparts aged 35 to 54 (61 per cent) see nothing wrong with the province’s name. However, only 45 per cent of British Columbians aged 18 to 34 concur, meaning that a majority of the province’s young adults are not particularly thrilled with the words that appear in their official documents and maps.

Only Prince Edward Island experiences the same drawback as British Columbia: being reduced to an acronym. We never see Nova Scotia being referred to as “N.S.” for instance, and single-word provinces are usually pronounced with all of their syllables, four of them in the case of Manitoba and Saskatchewan.

Views on what is bothersome about the province’s name have evolved since 2021. Only eight per cent of British Columbians (unchanged) are upset about the “Columbia” part. We do see an increase in the proportion of residents who are bothered by the “British” part (19 per cent, up four points) and the absence of an acknowledgement to Indigenous Peoples (20 per cent, up two points). This last matter is more troubling for British Columbians aged 18 to 34 (30 per cent) than for those aged 35 to 54 (21 per cent) and those aged 55 and over (13 per cent).

On a separate question, we continue to see a majority of British Columbians (53 per cent) who disagree with the notion of changing the name of the province to acknowledge its Indigenous heritage. Still, this represents a seven-point drop since 2021. Almost a third of British Columbians (32 per cent, up six points) believe it is time to entertain the idea of a modification.

Two groups are particularly adamant in their desire to rechristen British Columbia. Support for switching to a name that acknowledges Indigenous heritage reaches 61 per cent among respondents of First Nations origins and 50 per cent among the province's residents aged 18 to 34. British Columbians who supported BC Green Party candidates in the 2020 provincial election are more amenable to a change (40 per cent) than those who cast ballots for the BC New Democratic Party (NDP) (33 per cent) and the BC Liberals (30 per cent).

When asked whether British Columbia should remove the Union Jack from its provincial flag, the numbers are similar to what we observed in 2021. Just over three in 10 of the province’s residents (31 per cent, up one point) would consent to this course of action, while a plurality (46 per cent, down three points) would keep the ensign as it is.

Again, British Columbians of Indigenous descent (49 per cent), residents aged 18 to 34 (43 per cent) and BC Green Party voters (also 43 per cent) find it easier to imagine a provincial flag that does not feature the crosses of Saint Andrew, Saint George and Saint Patrick.

This year’s survey shows a bit of momentum for the notion of changing British Columbia’s name. Although well short of a majority, the idea is particularly popular with the province’s youngest adults – precisely the ones who have been more in tune with Indigenous issues. Their older counterparts are not entirely convinced that a revision is warranted right now.