Should the penalties for street racing in B.C. be increased? 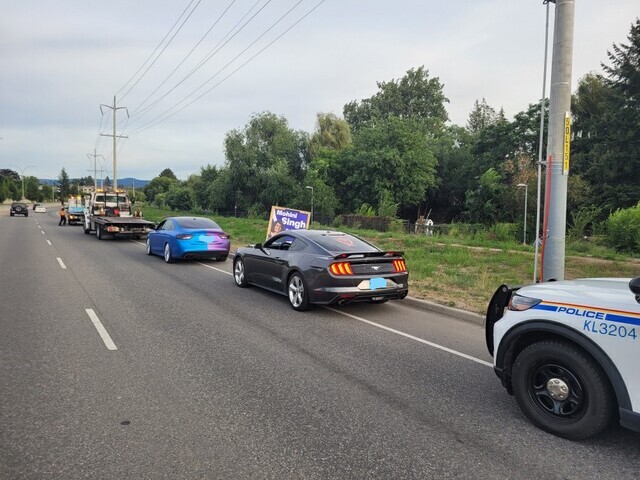 Two Kelowna residents will be without their cars for at least seven days after they were caught street racing.

The vehicles came to a stop at the red light at Clifton Avenue at which point the officer positioned his marked police car in front and directed the drivers to pull to the curb.

Both drivers admitted to the offence and received an excessive speeding ticket, and a $368 dollar fine. Their cars will also be impounded for seven days.

“These dangerous driving behaviours pose an extremely high risk, to not only the drivers of these vehicle, but also to innocent drivers and their occupants. We take these incidents extremely serious and therefore we hold these violators accountable, by removing their ability to continue these high risk actions.” said Sgt. Mark Booth of the Kelowna RCMP traffic services.

February 2, 2023 - 9724 votes
Should school names be changed in light of modern day views of history?

Should school names be changed in light of modern day views of history?