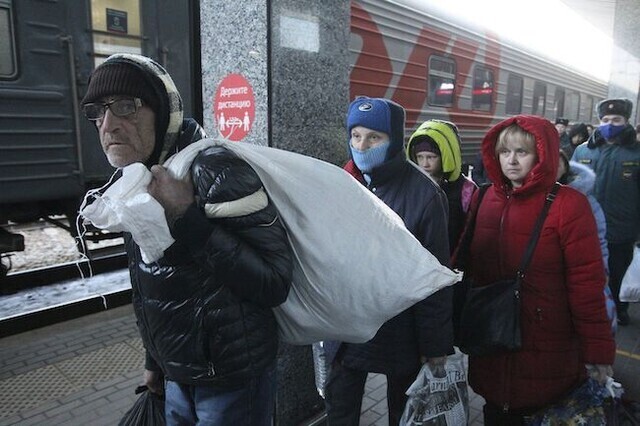 A new report says Canada needs to change its federal visa policy to speed up the admission of Ukrainian refugees, which has slowed to a trickle.

The study by the University of Calgary's School of Public Policy released Thursday says that compared to other countries, Canada has received a small number of the millions of Ukrainians who have been displaced since Russia invaded the eastern European country in February.

"Applications by Ukrainians are starting to far outstrip the number that are being granted by the Canadian government and we don't even have a really clear picture of how many Ukrainians are coming into the country," said author Robert Falconer.

Statistics show the Canada-Ukraine Authorization for Emergency Travel (CUAET) program, which expedites visas and temporary residency permits for Ukrainians and their families, isn't enough, he said.

As of June 22, there were approximately 190,000 Ukrainians with pending applications to come to Canada, up from 140,000 about one month earlier.

Falconer said the program, requiring those arriving to have visas, is to blame for Canada lagging behind other countries -- most notably Ireland, which has waived its visa requirement.

"One of the objections within the committee in Parliament was if we let Ukrainians in, then Russian spies would use that to infiltrate the system," he said.

"Russian espionage does exist, but the refugee channel is one of the more inefficient ways to try and infiltrate a Russian spy into the country."