Should Bruce Boudreau return as the Canucks head coach? 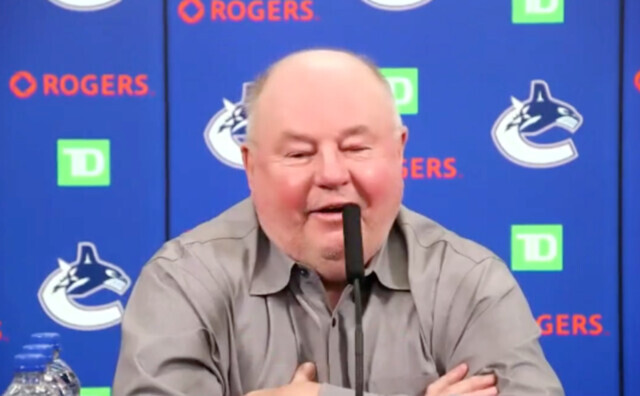 Who will be the head coach of the Vancouver Canucks next season?

It will probably be Bruce Boudreau, which isn’t too surprising considering how he turned the team’s fortunes around this past season. But it’s not 100 per cent certain.

The second year of Boudreau’s current contract is an option year. Either side has the option to back out of the contract, with the Canucks paying a financial penalty if they choose to do so. The Canucks have said they want Boudreau back but are not willing to offer a contract extension ahead of next season. Instead, Boudreau would just be under contract for that one more year.

“In our business, you have to be cautious with your decisions and you have to do them for the right reasons,” said Canucks president of hockey operations Jim Rutherford. “If you don’t, you’re gonna get yourself in a position someday where you’re paying three or four coaches in the same year. And that’s when managing up will become difficult.”

In other words, offering a long-term contract extension to a coach that you might need to fire in the future can cause a team’s ownership to start to wonder why he’s paying so much money for coaches who are not working for the team anymore.

June 23, 2022 - 10679 votes
Should laid-off, unvaccinated provincial employees be brought back to work now?