Do you feel safe on the downtown streets of your city? 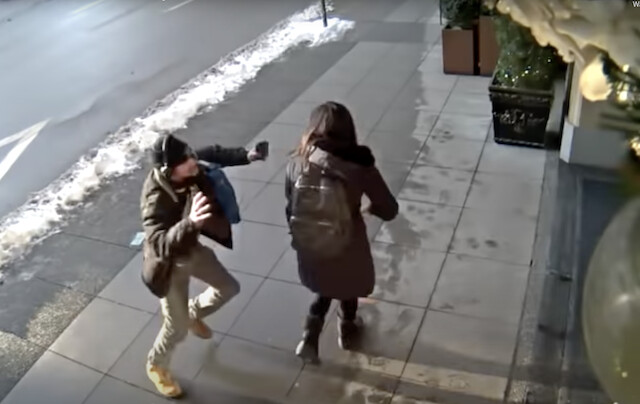 Vancouver Police have identified and arrested a suspect in a stranger attack outside Hotel Georgia on New Year’s Eve.

“This incident shocked the community and resulted in a number of people coming forward with information, after VPD released security video last week,” says Constable Tania Visintin. “Our investigators have worked through those tips and identified a suspect, who was arrested downtown early this morning.”

The alleged assault happened on December 31, 2021, when a 22-year-old woman was walking along West Georgia Street and was lunged at, grabbed, and thrown to the ground by a man she did not know.

The suspcet has now been identified as 50-year-old Steven Forbes, he has been charged with one count of assault and he remains in custody until his next court appearance.