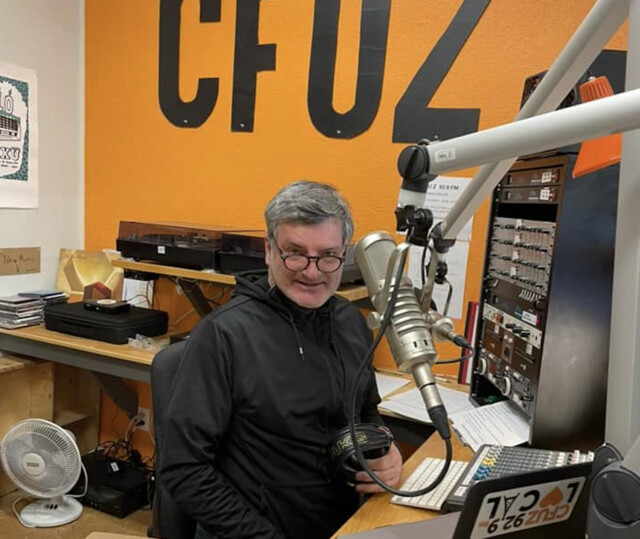 Peach City's very own community radio society CFUZ is thrilled to be celebrating its four-year anniversary next weekend, during the first-ever Community Radio Week in Penticton.

“Community radio volunteers tirelessly work to highlight local people, issues and community groups. The strength of community radio stations such as CFUZ is dependent on support from listeners and businesses," Bloomfield said.

"In the past three years, our OnAir-versary fundraising drive has raised over $27,000 from listeners in the Penticton area,” said Dave Del Rizzo, CFUZ program director.

“When the community tunes in to CFUZ, they are hearing local people who are passionate about producing radio. We currently broadcast twenty locally-produced spoken word and music programs covering a broad range of musical genres. Special emphasis is made to introduce local and independent music and Canadian content in general. CFUZ also supports local organizations, artists, writers, and businesses. During last year’s local elections, we broadcast five all candidates forums.”

The radio station, at 92.9 FM or online at cfuz.ca, has been located in the Cannery Trade Centre since 2018. New funds are needed to help support an expansion of the station facilities.

“Once the renovations are complete, we will have an additional studio, a dedicated space for our transmitter, as well as an enlarged meeting room,” said CFUZ technology director Nils Finnsson.

“These new facilities will allow us to train more volunteers, boosting the amount and quality of locally produced music and spoken word programming for our listeners.”

Everyone in the community is encouraged to tune in on Feb. 4, 2023.