Kicked in door while high 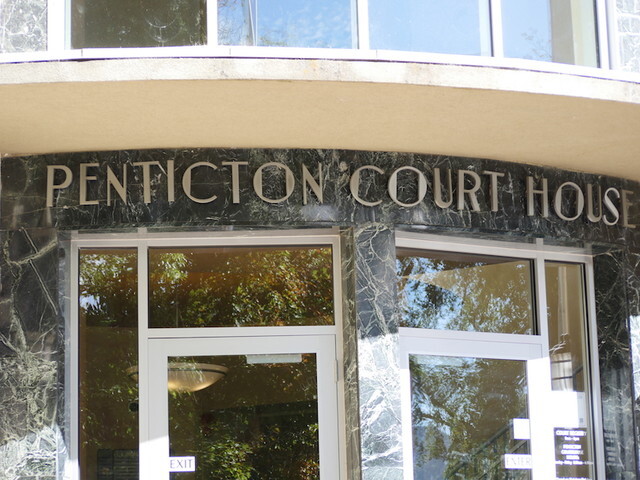 A Summerland man has been sentenced to a 12 month suspended sentence with conditions following a break-in at a local home while he was high.

Travis Simpson, 36, pleaded guilty in Penticton BC Supreme Court Tuesday, opting for a plea rather than a scheduled two-day trial.

Simpson pleaded guilty to the criminal code charge of mischief, relating to a 2021 incident.

Court heard that on Aug. 11 of that year, a Summerland man returned to his home to discover the door was ajar, damaged, and the frame had been cracked.

Inside, he discovered items had been moved including his bed. He contacted police and, when they arrived, another man approached, who was apologetic and said he had been under the influence of drugs and kicked in the door.

That man was Simpson, who according to Crown counsel's account from witnesses appeared to still be under the influence of substances, making statements that did not match reality.

Court heard he has struggled with addiction. He has a criminal record from 2010 and then no issues for around a decade. Simpson told the court a family member had a serious injury a year and a half ago that led to a descent back into substance abuse.

His lawyer James Pennington told the court "he tells me he clearly understands how households could feel victimized by the fact that their home was in effect invaded and their privacy intruded upon like that. So he does have insight into into his offence."

Crown and defence submitted that a suspended sentence of 12 months, with subsequent probation requirements including a no-contact order with the resident whose door he kicked in and requirement to attend a restorative justice session should it be requested, was appropriate.

The judge agreed, and added a restitution order in the amount of $100 to repair the door.

"One of the things that criminal law has recognized for many, many decades is the sanctity of our homes, and the importance of feeling safe in your home. And so kicking in a door is an intrusion into an area where citizens get to expect to be free from others coming in uninvited," she said, while adding she understood the Crown and defence's positions on the matter and appreciated Simpson's acknowledgement of wrongdoing.

"The idea behind this sentence is that Mr. Simpson maintain his employment, that's incredibly important for a young person. And so if counselling is being directed, his employment hours should be taken into account," she added.