Bad Tattoo Penticton being taken over by Yellow Dog Brewing 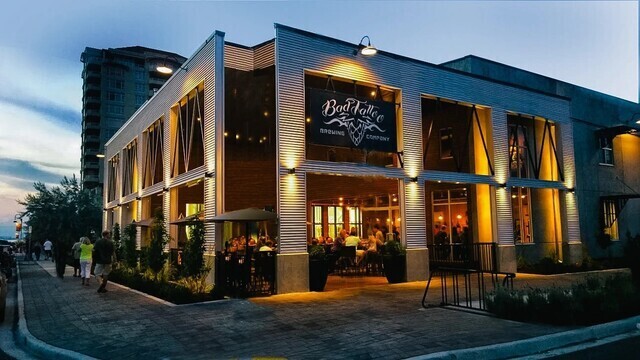 A craft brewing company from the Lower Mainland is taking over Penticton’s Bad Tattoo Brewing.

“We would like to let you know that Bad Tattoo will be closing and moving on to new adventures. We want to thank our loyal regulars and the community for the support for the last 9 years,” read the post.

It goes on to say, “we are excited to announce that Yellow Dog Brewing will be taking over the space.”

The Agur family, which has been involved in a number of hospitality and real estate enterprises in the South Okanagan, opened Bad Tattoo in 2014.

Yellow Dog is based in Port Moody and also announced the acquisition on its social media.

“We are growing and things are changing. We are humbled to announce that Yellow Dog in the new year will be taking over the Bad Tattoo Brewing facility in Penticton as our second location in BC.”

Yellow Dog also shares ownership of Neighbourhood Brewing, which opened a couple of years ago in Penticton just a block away from Bad Tattoo.

The Facebook post says they have become great friends with the Bad Tattoo owners and team. When the Agur family decided that it was time to move on to other adventures, that’s when Yellow Dog stepped in.

The Port Moody brewery says it’s still figuring out the next steps but is committed to the community.

Meanwhile, the manager of the Kelowna Bad Tattoo says it’s business as usual at their location.

Ryan Gurney offers best wishes to the team in Penticton but says the Kelowna pizzeria and brewery will hopefully continue to operate as Bad Tattoo.