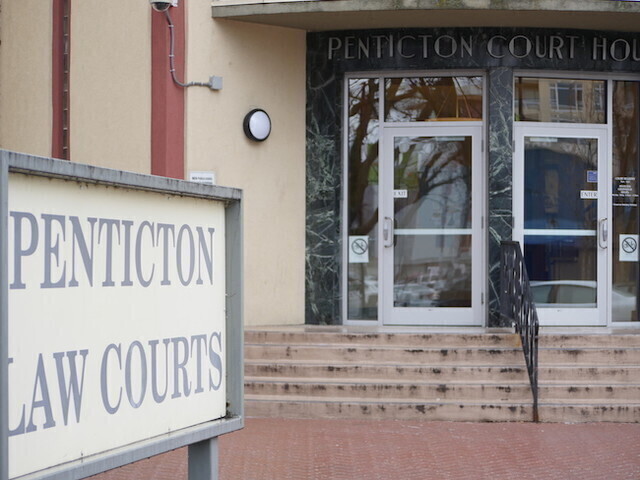 A former Penticton resident was sentenced to a conditional discharge on Thursday morning for a domestic assault that took place while he lived in the city.

He pleaded guilty to a single count of assault related to an incident that occurred in April 2020 while in a relationship with the female victim.

That relationship lasted for approximately two years, the court heard in an agreed statement of facts. It was noted to have had a number of issues and problems.

The two were staying at a motel in Penticton when an argument ensued. The situation grew heated.

The court heard that Cole grabbed the victim's wrists with both hands, placed his feet onto her chest, and began pulling on her arms while pushing his feet further into her chest.

He let go and she fell to the floor. The victim had sustained soreness. She left the residence to go back and stay with her parents.

The Crown sought a suspended sentence in the range of 12 to 18 months, with a counselling and community work sentence, while the defence asked for a conditional discharge, the main difference being whether Cole would be left with a criminal conviction on his record at the end of the period.

The defence presented six reference letters for the court, including a letter from his current girlfriend and an ex-girlfriend, who vouched for his kind character.

“I never thought I would be appearing before the court for a matter like this,” Cole said when given a chance to speak. “My actions were inexcusable.”

Judge Shannon Keyes sentenced Cole to a conditional discharge with 18 months probation, completion of counselling and 25 hours of community work service within one year.

Cole will then be free of a criminal record.

“I accept that Mr. Cole is remorseful for his actions,” Keyes said. “I'm satisfied that he’s highly unlikely to repeat that behaviour.”