The Oliver Fire Department pleaded with the public to be careful with fire-related activities after responding to a grass fire on Sunday night that was caused by fireworks.

The fire started at 9 p.m. and grew to a few acres in size before their team extinguished it.

"As a reminder to the public we are still in a high fire danger rating," OFD shared on Facebook. "Our initial investigation has shown this fire was caused by fireworks being set off in the area."

Fire Chief Bob Graham said that all of their resources were called out to help tackle the fire, which was spreading quickly.

"Pretty much everything that we had, two engines, two water tenders and two bush trucks," he said. "There was a bit of a breeze, fortunately, it was blowing away from houses."

The fire ended up reaching four acres (1.62 hectares) in size. 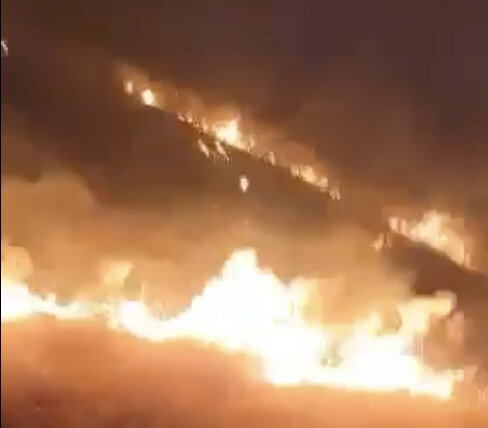