Get to know Lindsey Hall 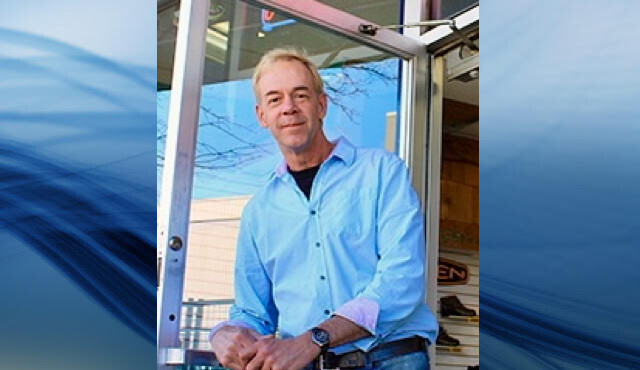 All candidates have been given the same questions, and answers have been edited for clarity and brevity when needed. An interactive database of Okanagan candidates, including previous questionnaire stories, is available here.

I’m a good person and I have empathy for those who strive to get ahead. I’m a proven public advocate like my father and grandfather before me. I even have the charter of rights and freedoms posted in my shop window because I took an oath to the constitution as an army officer and again when I worked for NORAD.

I’m a mechanical engineer and designer with a successful portfolio. I’m forward thinking and intuitive.

In 2011, I campaigned for a referendum on the prison debate. Though the forum was stacked 4:1 against me, we secured a referendum and the citizens voted to keep the prison out of Penticton, as I hoped.
I lobbied against smart meters in our community because I knew they would result in higher electricity costs for our citizens. A $23 million surplus in our electric utility last spring proved that.

One may think crime, homelessness, expensive bicycle lanes, climate change or housing development is the number one issue, but I feel mismanagement is the primary issue.
Most citizens feel their opinion is never considered in the decision making processes and resign themselves to others deciding for them, including special interest groups.
Council is merely the board of directors and must constantly remain aware of the citizens’ perspectives. I’ve heard you!

Ihave a plan to include mini ballots with each electric bill. Once completed, these ballots can be dropped in a secure box at city hall or dropped in the mail. They will be anonymous and after they are run through voting machines, council will have an ongoing perspective of the citizens’ desires.

A lot of talented people live in our community. If we can maintain an efficient mode of communication, we can overcome all the challenges facing our community. Our citizens are our most valuable resource!

All households are facing the pressures of inflation and it's not housing and rental pricing alone that affect us.
AS a business owner downtown Penticton for more than 20 years, I assure you we are in this together!
Citizens must work together to mitigate the rising cost of living in our community where we can prevent overspending and overcharging.

Before the bicycle lane project was adopted I argued that we already have two lake-to-lake bike routes and that our demographics do not support such an expensive undertaking; especially during the repressive ’Covid 19’ period. I demanded there should be a referendum before committing to it, but staff and council decided for you and are increasing property taxes to pay for it.

For close to 20 years I’ve stated we are being overcharged for electricity. I’m an engineer and have analyzed it. I was justified this past spring when our electric utility held a $23 million surplus! I got a standing ovation at one forum when I demanded these funds must be returned to the ratepayers. Our electric utility is supposed to be a self-sustaining service; not a cash cow for other projects.

Parking meters and fines are an added tax that burdens local businesses, professionals and their clients.

If we overcome burdens on the citizens, our community will be much more affordable.

What is one example of a time you agreed with city council over the past term,
and one where you disagreed?

I’m an occasional social drinker, but I agreed with council allowing casual consumption of alcoholic beverages on the beaches and in parks. Problems are actually mitigated when you don’t deny people of things. All sensible societies I’ve visited in the world do not have prohibition in public spaces.

I’ve disagreed with our current council on too many issues. Bike lanes without referendum, parking meters, raising the tax burden, denying a grad parade and much more. That’s why I’m offering my service as councillor. The public needs to be heard.

I would build solid, secure public washrooms in the heart of the city. Anyone who’s visited Leavenworth, Washington knows what I mean. Even downtown Kelowna has enough facilities for the public.

During the Saturday market and all downtown events, downtown merchants are constantly asked for the use of our facilities and we simply cannot provide that to everyone and leave our other clients unattended. We sincerely feel bad about that.

I envision a safe, peaceful community where all generations are fulfilled by the fruits of their labours. We have empathy for each other, for we know we don’t prosper as individuals, but as a collective community.

Am I a dreamer? I suppose. But we don’t progress without a destination. And I feel this is a target we must work toward. To hit the moon, you must aim for the stars.