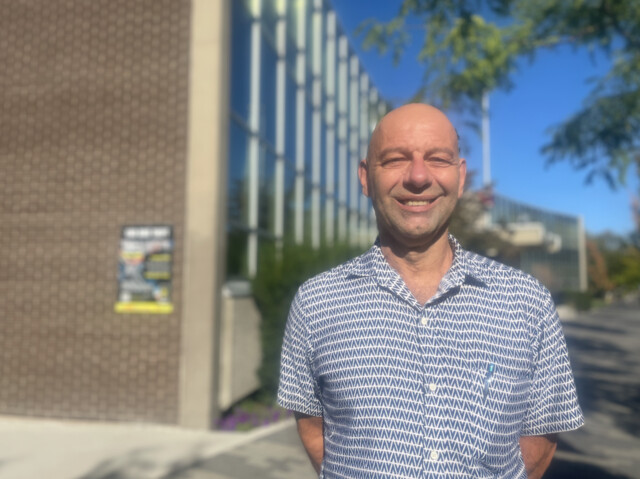 Owen Hayward describes himself as "semi-retired," and an active follower of local politics. He has lived in Penticton for more than a decade.

Castanet: Why are you running for mayor?

Owen Hayward: I'm frustrated with the last couple of councils in particular, and I'm an everyday guy. I'm not in the pocket of developers or businesses, big or small, or corporations or special interest groups and I think that's what was lacking in this town. And so I put myself forward as a man of the people with common sense. A wide and varied background and experience. Blue Collar, white collar. Worker, supervisor, boss, manager. I want to represent the people of Penticton and not the vested interests.

C: Over the past four years, you were not serving on council. Can you point to some decisions that council made that you agreed with, and some you disagreed with?

OH: General waste of taxpayers dollars. I'm frustrated with our tax dollars going into lawsuits against the province, the hand that feeds us. Just tired of penalties to developers when one council creates a project and the next council cancels it.

One foot forward, two steps back is the way this council is approaching things. Make me mayor and I'm gonna have an OCP that makes sense, and zoning that makes sense, and then they can stop squabbling about every development and deciding whether it needs variances or not. It's very inefficient. If the zoning makes sense and your OCP makes sense, then there is no discussion of variances. You build what is zoned for or you go somewhere else. Common sense. Straightforward. That kind of thing.

One example that they did do well, sort of: In principle, the bike lane's a great idea. In practicality, it's going to be a very expensive lane that didn't need to be as expensive as it was. So, in the interest of not wasting taxpayer dollars, I would finish it off. We're in for a penny, we're in for a pound.

But going forward, there will be more bike lanes. But we're not going to spend whatever dollars per meter they spent on this one.

Then let's go to the downtown pay parking. This is just a stupid idea. Our downtown needs to be vibrant and it needs to feel safe. And we need to support the local businesses. We are a tourist town, if you make it hard for small businesses to exist, the next thing you know the businesses are boarded up and it's not a very attractive place to be.

We've invested in the boardwalks and the brick and the lamp lighting and it can be very nice, but our citizens don't feel safe enough.

So I'm going to remove that [pay parking] hurdle, but I'm not going to waste our money. So I'm going to leave the parking meters in, I'm going to make it parking by donation so all I need to do is change the signs. You come down, you got extra money, you put it in. You just carry about your business and support our local businesses.

C: Social issues like mental health and addiction are top of mind for many in the city. What is the city's role in tackling those issues, keeping in mind that other tiers of government bear responsibility too?

I'm not going to wait for the province, we'll be waiting till the cows come home. Medicine Hat, Alberta, the heart of right-wing Conservative country, they solved their problem. Their mayor convinced their people that in the long run, it's better to invest in it and solve it, because that's just gonna make it better for everybody.

The province keeps stumbling on it. So, we've got all the networks and nonprofits and volunteers working hard in this town. We get them more coordinated, more organized. And if we address that core issue, then the other issues will solve themselves, as in the crime. Once you give them a safe supply and they're not overdosing all the time, then the firefighters are freer to focus on firefighting stuff, and they'll stop going around stealing, petty crime, because they don't need to, because we're giving them a safe supply, and then the police can focus on bigger matters themselves.

So that core issue if addressed properly and attacked with our entire community network, and some of our tax dollars, because it makes sense fiscally in the long run, it will save us a lot of money.

C: As you've already touched on, a related issue is crime in the city. What is the city's role in addressing that? Are more RCMP/bylaw officers the answer or is there a different solution?

OH: We get people off the street. We stop them running around town looking for their supplier who might be selling them something that's gonna cause them to overdose. That's the core issue.

It's compassionate. They're the most vulnerable in our community. There's the old phrase that how you treat your most vulnerable is a good litmus test of what kind of community you are. And not only that, it's a win, win, win all the way around because it's a fiscally prudent thing to do. It's gonna lighten the load, and the petty crime will go away, because they're not out on the street running around town trying to find stuff that's not locked down to sell for a paltry sum so they can find their dealer and get their drugs.

Let's help them with counselling and maintenance drugs and get them off that, and on the flip side, if they've had mental health issues, they've suffered trauma in their life, let's show some compassion. Let's get them counselling. Let's get them the safe drug supply, and we know that eventually they'll come around. We attack where the core problem is and that's supporting mental health.

I'm highly aware it's a provincial jurisdiction. I know the pattern in our lifetimes has been the feds dump to the provinces, the provinces dump to the municipalities. Other cities have solved this problem. If they did it, we can do it. So we'll look to those key cities that have solved it. And we'll learn from them and we'll take care of ourselves. We are a community. We can do it.

C: Stock is low and prices are high in Penticton for renters, and first-time buyers are feeling priced out. Given Penticton's limited footprint, how do we grow housing stock to allow more people to live here?

OH: Very easily, we make a realistic OCP. We amend some zoning. We get some density in both ends, which we're doing. I think we amend the OCP to maybe add a couple of floors. We put incentives in for builders and developers, including incentives for specifically local builders and developers. So, anytime somebody wants to build a thing we say sure, you're in. And we add 20 per cent social housing for every five storey building that is built in this town.

We're only going to let your primary residence, if you've got a suite or a carriage house, fire away, do the Airbnb, but we're not going to allow people who do not live here to own seven homes that are strictly Airbnb, VRBO, particularly in residential areas.

We have the zones for a reason. Residential areas are for residents, our hotels are not going to capacity in the summers anymore because everybody's going on Airbnb. So immediately we're going to free up some rental stock for students and lower income working people.

I'm going to aggressively remove red tape and put incentives in for developers and builders. And so we can get a little more fast tracked on approval of building. We're going to do things realistically. I'm going to facilitate and remove red tape, add incentives. To make it easier for small businesses, to make it easier for the nonprofits, and the volunteers that are doing the heavy lifting in this town.

OH: It's all connected. It's always hard to talk about one without the others. There's nowhere for anybody to live. Then how are you going to attract more people to your town?

We're top heavy with older folks. It's a fact. But we have to make this town attractive to young people. So we need to contact some larger employers and I'm not talking about call centres. Maybe we get some manufacturing going, maybe we start a cannery again.

I'd get the city staff, if they're not doing it already, to more aggressively pursue some large employers. We give them some incentives. Start a manufacturing plant here in Penticton, we'll give you some land or we'll lease some land at a good rate.

We die on the vine if we don't change the way we're going about things. We need young families and we need them sooner than later. We need housing for all. We've got tons of service jobs that are going unfilled because there's nowhere to live. So it is a package thing. So at the core, I'm just gonna streamline City Hall and be the most supportive City Hall and be supportive to any group, small business, big business, nonprofit that's going to help our city grow and be better.

C: If you had $1 million to spend on anything for the city, how would you spend it?

OH: Housing crime, firefighters, police. If we got a million dollars extra that's kicking around then let's throw it at public amenities in general. And we'll end all the discussion on a new hockey rink and get one started.

C: If you are elected mayor, what's different four years from now? What have you accomplished?