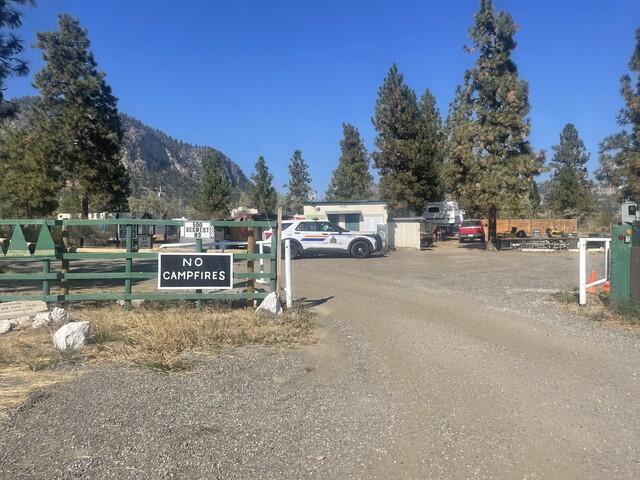 Oliver RCMP and the BC Coroners Service are investigating two people found dead this weekend near Oliver.

On Saturday Oct. 1, Oliver RCMP responded to the area of the "Loose Bay Campground" on Secrest Hill Road.

They found two bodies inside a parked travel trailer.

The RCMP’s General Investigations Unit, Forensic Identification Services along with the BC Coroners Service are participating in the investigation into the sudden death.

"The investigation is on-going, and an update may be provided when further details can be released," Cst. James Grandy said Monday.