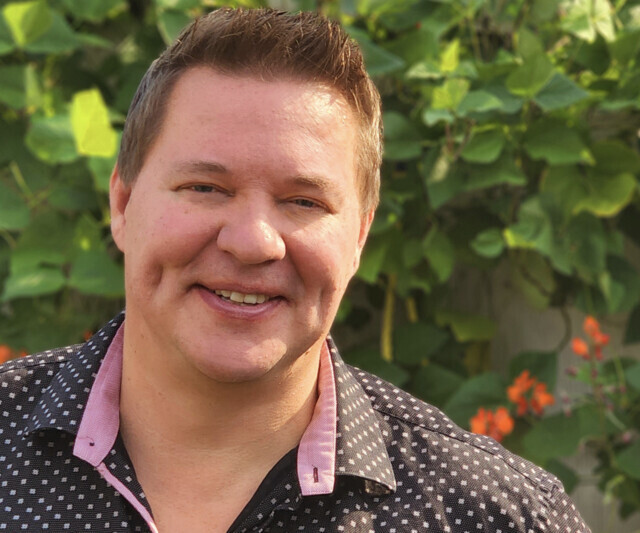 I spent 10 years on city council from 2008-2018, so I have experienced leadership to help rebuild a safe and vibrant Penticton. When I started on council there was a recession and currently, we are entering into another downturn, so I’ve seen what worked and didn’t as initiatives previously to weather the storm.

I own two businesses, one of which, the Grooveyard, has been in business downtown for 32 years, so I understand the importance of a thriving economy. I have volunteered for 29 years in Penticton first with minor hockey (currently on the board for BC Hockey), was the president of the Downtown Penticton Association (championed the creation of the Saturday community market, and one-hour free parking), and for the past four years on the board of directors for South Okanagan Immigrant Community Services.

I’ve been immersed in the community, and been on several different board of directors so I understand bureaucracy and how to balance the needs and wants of the corporation with the needs, wants and ability to pay of the taxpayer.

What is the number one issue facing the city today and how would you deal with it knowing the municipality has only so much power?

Community Safety is the key issue to help rebuild a safe and vibrant Penticton. The province just recently announced the resurrection of the “prolific offender management program” and is actioning 3 of the 28 recommendations from a joint study. This is good first step in targeting the small number of people causing the most concern and strain on protective services. The new plan still doesn’t have mandatory treatment for those with chronic mental health and addictions issues, or real-time electronic monitoring for bail release; which was what the BC Mayors Caucus was asking for.

Adding more RCMP and bylaw can help targeting bad behaviour in public places, but unless the court system makes some changes, we will continue to have similar outcomes. The Fire Department has been overshadowed in the safety conversation and is asking for four more staff…perhaps a reasonable compromise is two new hires and the utilization of their auxiliary members as part time staff during peak times like summer vacations.

Housing is the number one expense for most people, so increasing housing supply will help to reduce the demand (price). We need to consider reductions in Development Cost Charges or other incentives for homeowners to be able to build a carriage house or secondary suite. This is a simple way to add housing inventory while also rebuilding and modernizing neighbourhoods. It is too bad current council went to war (publicly) with the province and in particular the Ministry of Housing because they partner in many different housing initiatives and it will now take time to rebuild relationships.

Whistler has a housing authority which has been effective in providing affordable employee housing amidst an expensive marketplace, so that is an initiative Penticton should consider. For larger scale projects the federal government needs to re-implement tax incentives for developers that provide affordable housing at or below market values…as most developers will not incur risk and build without some level of profit or return on investment.

I like that council invested and wanted to brand Penticton as “Festival and Event Capital”; however, committing $650,000 annually to Ironman for 1,500 athletes I disagree with. It is a great event, it brings people to town, created a sense of energy, had economic impact, and complimented our Triathlon heritage. However, now there is no money left over to back stop another opportunity or grow existing festivals and events…let alone fund other city infrastructure or budgetary needs.

Gran Fondo has 3,000 athletes participating and usually gets $40,000 from the city and dragon-boaters had over 2,000 athletes and generally get around $10,000 from the city. I would argue the economic impact, and vibrancy created by each of the above noted events are similar so it is hard justifying the massive investment.

This is another example of council trying to hold onto nostalgia and reliving the glory of days gone by, instead of adapting to changes in the market and demographic or cultural shifts that continue to be evolving.

If you had $1M to spend on anything in the city, how would you spend it?

I would spend $100,000 to expand the public art sculpture program. I would invest $100,000 to help build and bring in new festivals and events to town targeting the shoulder seasons. I would spend $100,000 to add more outdoor exercise equipment along Lakeshore walkway or Gyro/Lakawana park. I would put $100,000 towards expanding the community camera program to help with safety initiatives. The balance would be put towards repaving the channel parkway walkway and resurfacing the KVR trail towards Summerland. This is where the “bike lane” grant money should have been spent as it would have aligned with valley wide ‘Rails to Trails” initiative. It would also be a tourism draw and a true protected bike lane for people to gain comfort and confidence cycling. Lastly it would be a great partnership opportunity with the Penticton Indian Band.

In 20 years from now I would like to see a prominent medical/health services industry complimenting the recent new hospital expansion. I would like see that population growth kept up to inflation so taxation burdens would be nominal. Since we are limited for growth (two lakes on either side, Penticton Indian Band on one side, mountains on the other side and a height restriction because of the airport) I would like see smart growth. I hope the relationship between the city and the Penticton Indian Band is stronger not just for housing and commercial growth but also culturally so we truly have a vibrant community. The biggest indicator will be high school students of today building a career here and/or moving back to start and/or raise a family here.

Penticton has so much potential. We need a council that is a diverse group of people all at different stages of their lives with different skillsets, perspectives, wants, needs and vision for what makes a safe and vibrant community both today and 20 years from now.

All candidates were giving the opportunity to provide a short video produced by them, should they wish. Below is Jakubeit's submission.