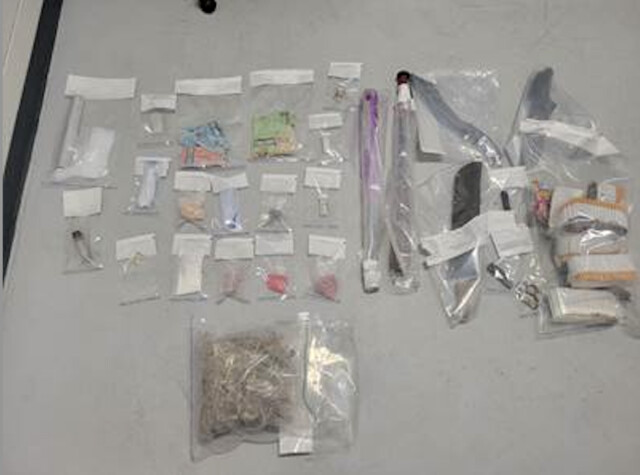 Photo: RCMP
Drugs seized from a Penticton man found slumped over in his running vehicle.

RCMP in Penticton have arrested a man found passed out in a running vehicle, in possession of a stash of drugs and weapons.

On Sept. 21 at approximately 9 a.m., police responded to call about a man unconscious in his vehicle near Amherst Street and Rosetown Avenue.

The officer saw the man slumped over his steering wheel, engine running, and through the window noted "numerous illegal drugs and other related paraphernalia" inside the cab.

The 34-year-old Penticton man was arrested in suspicion of drug-impaired driving and is facing numerous charges pending approval by Crown counsel. His name will not be released until those charges are approved.

“This is good example of how the general public can help our officers locate and disrupt criminal activity in our community by simply witnessing and reporting it,” said Cst. James Grandy.