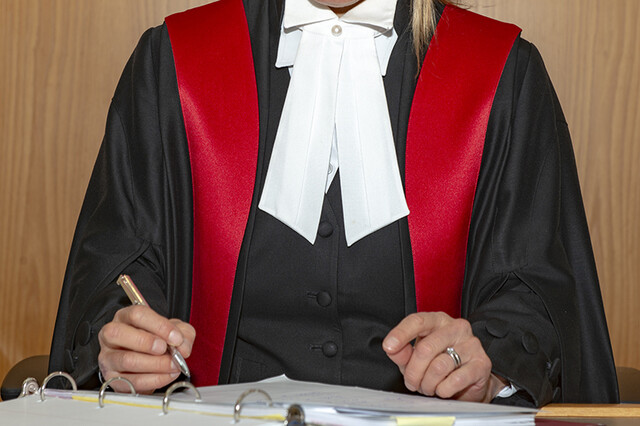 An Osoyoos woman is suing her former employer, a local optometrist office, alleging bullying in the workplace and wrongful dismissal.

Natalia Barroca is seeking $35,000 from FYI Eye Care Services and Products Inc., which operates a location in Osoyoos known as "FYidoctors," where she worked as a receptionist for more than a decade until June 2022.

In a civil suit filed in Penticton Sept. 14, Barroca's lawyers outline her complaints, including that she was dismissed without cause or proper notice.

According to the suit, in late 2021 and early 2022, the business experienced high levels of turnover in the position of "practice coach," to whom Barroca would report but was also required to train.

A practice coach, not named in the lawsuit, hired in April 2022 "engaged in a campaign of bullying and harassment against the [Barroca]," the suit claims.

Among the complaints are that the practice coach spread false rumours that Barroca was complaining about other staff, that the coach failed to complete important receptionist duties on Fridays when Barroca was off work then blamed Barroca for it, and spread false allegations about Barroca around the office.

Barroca claims she scheduled a meeting with her doctor to discuss her work stress, and spoke to the office's lead optometrist about her feelings. At that time, the optometrist asked if she was resigning.

According to Barroca, at that time, she said she was "thinking about resigning at the end of the month, but she had not made up her mind regarding whether she wished to resign, she did not have other employment lined up, and she was unsure of what she wanted to do."

They decided to wait until after Barroca's medical appointment and discuss the matter in a few weeks.

On June 24, her doctor issued her a medical certificate stating that due to stress and anxiety she would be unable to work from June 24 through July 12.

When Barroca attended the office the following Monday, June 27, intending in her mind to provide a copy of the doctor's findings and begin medical leave, she says she was met by the practice manager who told her she needed to be retrained. The lead optometrist was not in the office.

The practice coach, who was present, called her superior and claimed Barroca had thrown a book at her, which Barroca denies.

That superior, based in Penticton, then called Barroca and told her to go home for the day, Barroca says, at around 8:45 a.m.

She claims in the lawsuit that the practice coach told her to hand over her office key, which she did, and she took that as a dismissal from employment.

Later, Barroca claims, the employers said she had provided a notice of resignation, which she also denies.

Barroca is seeking $35,000 which encompasses lost pay, benefits and Christmas bonus, plus any special damages that may incur prior to trial or be deemed warranted by the court.

No allegations in this lawsuit have yet been proven in court.